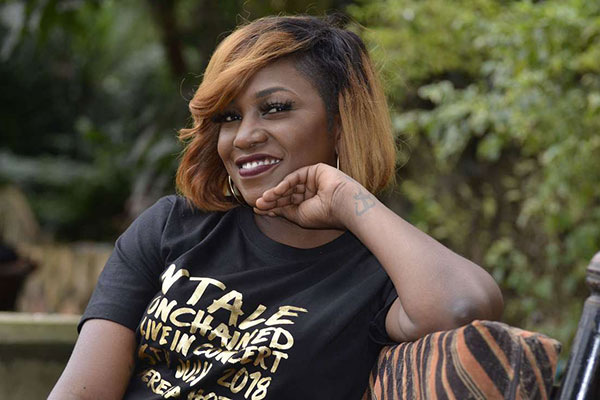 Just like the rest of us, our very own celebrities have all been advised to stay at home during these tough times, sanitize and keep a distance of several meters away from each other.

Everywhere is pretty much closed now. So if you can, there's never been a better time to enjoy some movies.

Being used to going out more often, a number of Ugandan celebrities are finding quarantine difficult.

"Any movie recommendations or Series for this quarantine season? No love story movies please. PS: I’m into depth in storytelling," Irene posted.

What looked like an innocent tweet turned sour, after a section of her followers accused her of doing nothing to sensitize them on corona virus.

"A certain musician is busy asking for movies and series recommendations instead of using her fame to sensitize the public! Imagine,” Lynduh tweeted.

"Actually After Taking A Look Through Her Tweets Irene Ntale has actually not sensitized her fans at all. Just asking how quarantine is and asking for movies. Irene, someone could actually know this is serious when they hear you talk about it. Just one person is enough," another user posted.

Following Lynduh’s tweet, several others joined the bandwagon, but the ariste dismissed them stating that she is not a doctor.

"I’m not a doctor my dear but wash your hands and Stay home," Irene said.