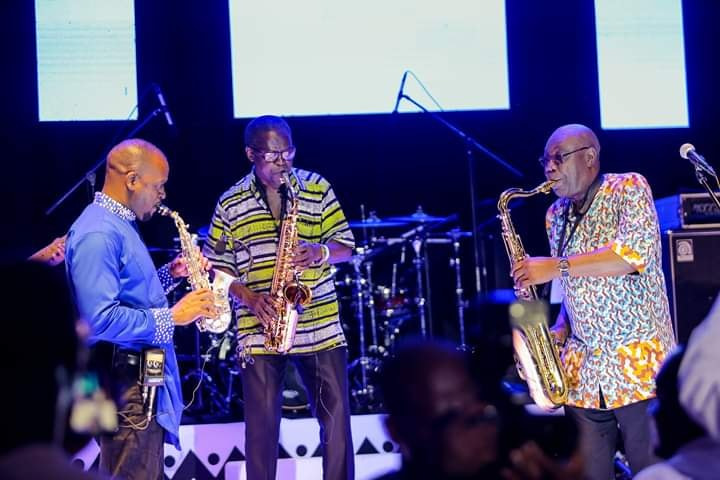 Tuesday, March 24, was a sad day for Jazz music lovers after news spread that Cameroonian jazz great Manu Dibango had died in France, having contracted the coronavirus.

Manu reportedly contracted COVID-19 while getting medical attention for a separate condition.

Following Manu’s demise, legendary musician and saxophonist Moses Matovu took to his official Facebook page, penning down an emotional message to the deceased who he also referred to as a brother.

"Am grieving on the sudden death of my brother in entertainment industry, the legendary Grammy award winning saxophonist, Manu Dibango who died of covid19 (corona virus) in Paris, France. I will miss you my brother and so saddened that I won't be able to be at your burial," the Afrigo Band founding member said also advising Ugandans to follow rules given by the Ministry of Health concerning the Covid-19.

The 86-year-old Dibango visited Uganda in April 2018 in a jazz concert paying tribute to Hugh Masekela.

“It is with deep sadness that we announce you the loss of Manu Dibango, our Papy Groove, who passed away on 24th of March 2020, at 86 years old, further to covid 19.

“His funeral service will be held in strict privacy, and a tribute to his memory will be organized when possible," the announcement read in part.

Dibango’s passing marks the first high profile music casualty relating to the unfolding pandemic. He is best known for the 1972 hit 'Soul Makossa'.