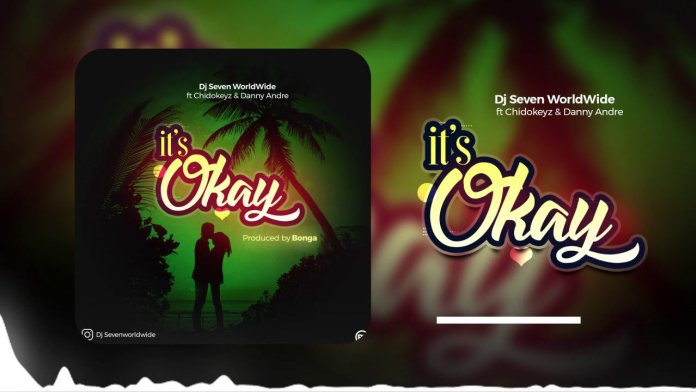 The new release is all about love with all the three describing this beautiful woman, in the best words they know.

The song has amazing rhyming lyrics backed by slow beats that communicate the language of love.

Chidokeyz has brought the Naija vibe, and some romantic aspect associated with Naija men, not to mention his ascent that is on point.

‘Its Okay’ is DJ Seven’s second release in a span of a week, having dropped ‘Solo’ featuring ‘Ibrahnation barely a day ago.

In ‘Solo’ he underscores the importance of love, and notes that since he has already spotted a beautiful lady, he is not ready to die ‘Solo’.

Popularly known for his amazing mixes, and being Harmonize’s official DJ, Seven has given us another side of him that we were not conversant with.

In the two releases, he has shown that he has what it takes to venture into the other side of music. If he maintains the energy level, he will surely be a force to reckon with in the region.