The Ministry of Sports, Culture and Heritage Releases New Song Featuring Masauti, George the Street Boy and Chuchu to Give Corona Guidelines 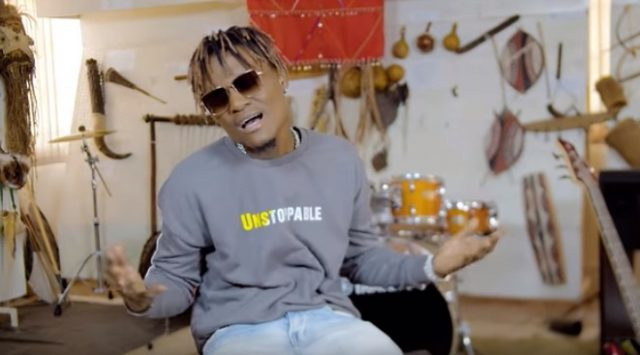 Many artists are doing whatever they can at they point to keep their fans both well entertained and informed during this time of quarantine and about the virus guidelines, respectively. PPMC and AMB. Amina Mohammed have made it their mandate to reiterate this message to the masses through song.

They have brought together Masauti, Chuchu and George the Street Boy to give us the song ‘Corona’.

To begin with, it is very exciting to watch George the Street Boy being put on by both established artists and the ministry of sports, culture and heritage. He is the street boy whose video of him singing a Justin Bieber song in the streets went viral. His voice sounds really good even when studio recorded.

Masauti opens the song with his lovely voice speaking on how wide this virus has caught on. Chuchu speaks on the guidelines that have been consistently passed on by WHO and the government on her part. George is the merger between these two parts of the song and so he comes in between Masauti and Chuchu. Amina Mohammed ends the song with the message, “heed what the government is asking of us and we can contain the spread of the virus.”

The song is done in Swahili making the message accessible to all Kenyans, even the old. It is short in the form of a chorus and so I bet you will be hearing and watching it every single time during the prime news or when watching your favourite show.