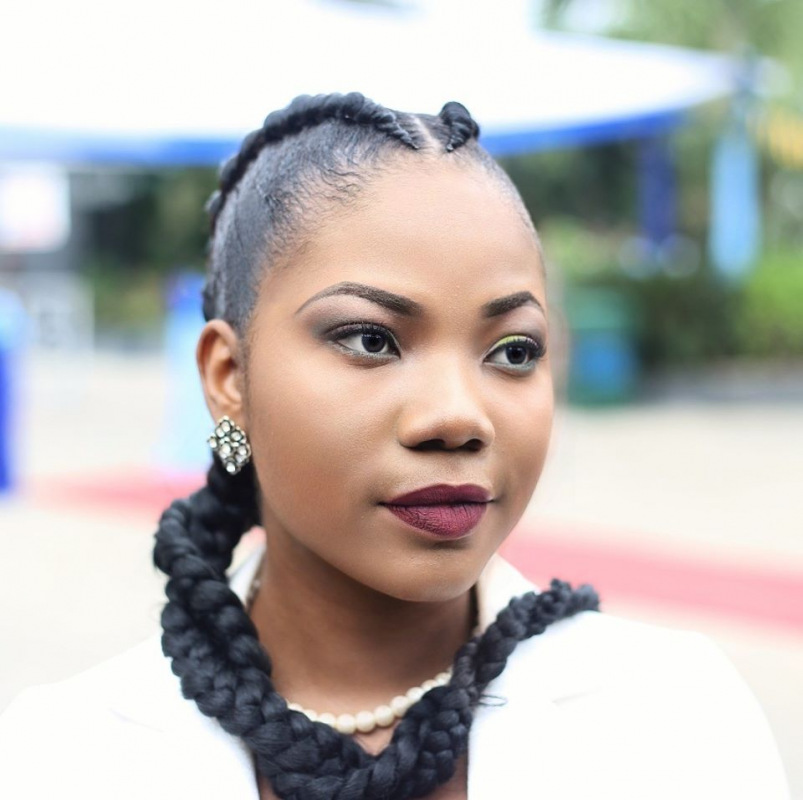 The album launch was slated to go down in Lagos on April 19 at the Landmark Centre. 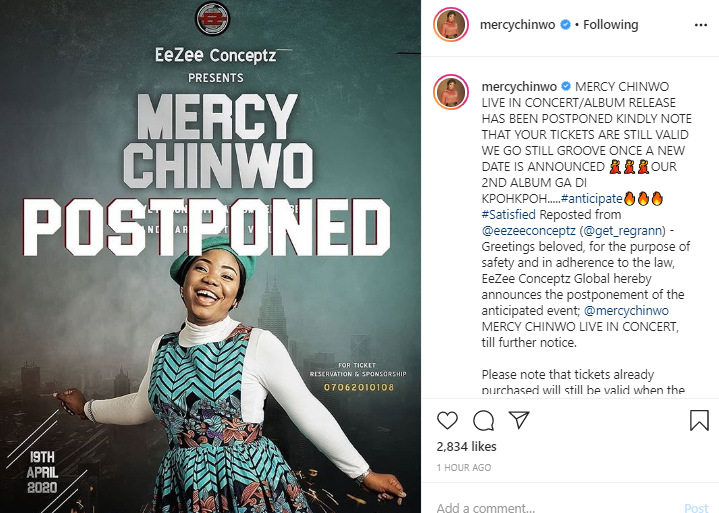 The 'Excess Love' hitmaker however assured all that had bought tickets for the Album Launch that they are still valid.

"Greetings beloved, for the purpose of safety and in adherence to the law, EeZee Conceptz Global hereby announces the postponement of the anticipated event; @mercychinwo MERCY CHINWO LIVE IN CONCERT, till further notice," read part of the post

"KINDLY NOTE THAT YOUR TICKETS ARE STILL VALID WE GO STILL GROOVE ONCE A NEW DATE IS ANNOUNCED," she added.

Mercy Chinwo has been counting down to the big day that would have seen her unveil her second Album.

In one of her latest posts, she had hinted that the album that would be named Satisfied.

Despite being postponed, Mercy Chinwo has assured that the event will happen someday.

"Please note that tickets already purchased will still be valid when the new date is announced. Thank you for your patience and understanding.
Stay safe, we love you," she said in the post.

The MERCY CHINWO LIVE IN CONCERT/ALBUM RELEASE was being organized by her record label EeZee Conceptz Global.