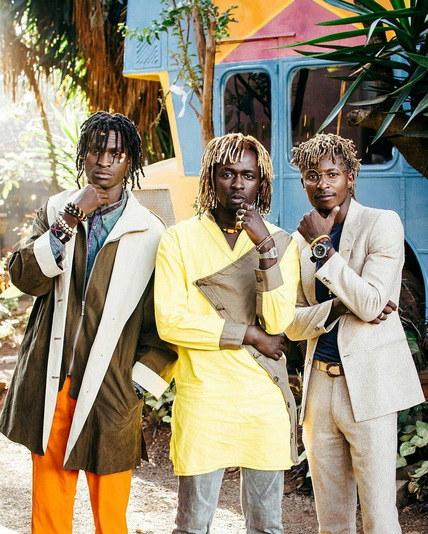 Do y’all listen to the preachers in the matatus you get on ama you ignore them like the Kenyan you are? Well, they could be your source of hope for the day, at least according to the new H_art the Band video for their hit single ‘El Shaddai’.

The video is set in a matatu with the travelers listening to a preacher, played out by General Theodore. Everyone in the bus is going through it; school fees, suicidal, broken love and rent. The preaching, according to the song is very hopeful and the unexplained love of God to his people.

El Shaddai, was from their char topping album released last year, titled ‘Made in the Streets’. The album was very experimental and this particular song was one of the slow paced ones with Cedo arranging the progressions of the song craftily; a bit of acoustics and more melodic guitars. Dexx sings through the song-verses and Kenchez mellows it out with a controlled baritone.

Get H_art the Band's music here

The video has the three men well suited up and there are different appearances by your favourite people in the video. There is massive use of the natural light and bright colours (as we all love to see in H_art the Band’s music videos). They also used smoke to create the cold effect towards the end of the video.

We have been waiting for this video for a while and it has been teased for a while and I bet it will be gracing our screens a whole lot. Catch a soulful/hopeful vibe with H_art the Band on their ‘El Shaddai’ video.