Trace Live is Back!! 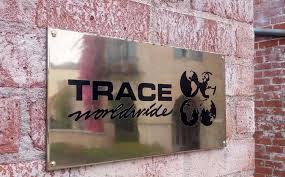 2020 Trace Live dubbed ‘Deal With It’ will be held at Terra Kulture on March 19th as from 9 pm. TRACE Live seeks to celebrate the beauty of music by highlighting blends of vocal renditions, live instruments, dance, and choreography while tapping into energetic audiences.

This Years Theme is derived from Phynos Studio Album and the serendipity is to facilitate the discussion on Growth, Truth, and Phynos stands around his environment as an Icon out of Eastern Nigeria.

Previous performers on Trace Live have been made possible by the inclusion of Flavour, Reekado Banks, Adekunle Gold, Falz, Simi, 2baba, Wande Coal, Runtown and Reminisce who are prominent artists in Nigeria.

TRACE is one of the leading Afro-Urban entertainment and empowerment powerhouses. It kicked off 2020 by relocating to a new office space in Ikoyi, Lagos, an event which was graced by prominent Nigerian Musical Icons Darey Art Alade D’banj, Don Jazzy, Phyno, Rema, Bovi, Peter of defunct Psquare, Falz, among others.

Some of the key milestones brought forward by the brand have been recently launching TRACE Gospel Channel 332 on DSTV' and Plans to launch a new Music channel for Ghana called TRACE JAMA, which will focus on West African songs, interviews, Playlist shows and documentaries related to urban artists and culture. This has been identified from the gap between Ghana's entertainment content with the world.

Key Highlights which will be featured in the event about Azubuike Chibuzo Nelson popularly known as PHYNO are his contributions as a Nigerian rapper, actor and a record producer.