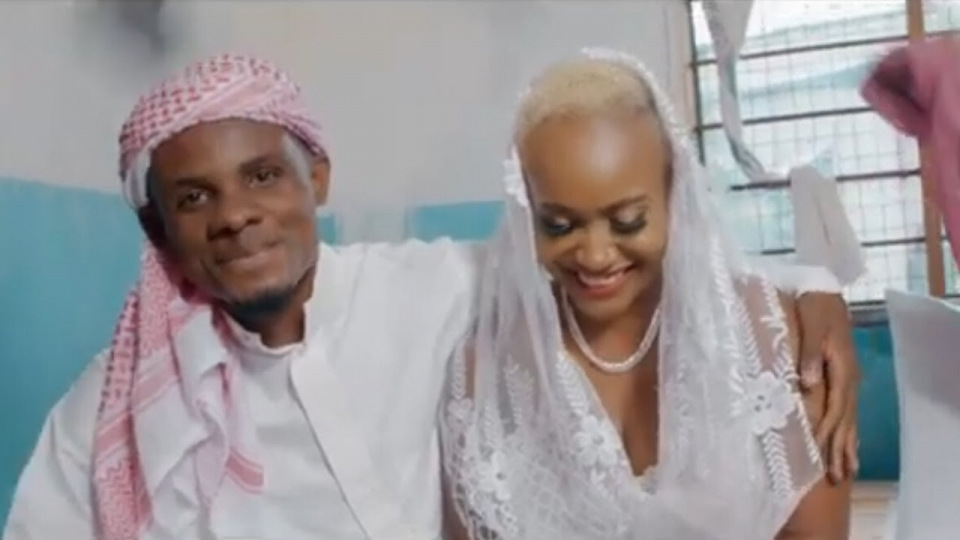 The new release ‘Harusi’ which loosely translates to ‘Wedding’ in English, was produced by Trueman, and the video directed by Travella of Kwetu Studios both being based in Tanzania.

The entire song revolves around a Swahili wedding, and culminates in the two exchanging vows at a private ceremony.

The beats are slow, and the vocals are on point. Listening to Wyse, you’d think he is Otile Brown, he has a smooth voice that resembles that of Otile.

Jovial on the other hand does not disappoint. Listening to her, you’d want to replay her section over and over again. There is some joy in her voice, some happiness probably because she is getting married.

For the better part of the week, Jovial has been doing posts on Instagram indicating that she was set to be married today.

Many thought that she was actually getting married, only to notice after the song was released, that she was promoting her latest project.

“It's every woman's wish to get the right guy who is loving, bold and confident enough to put a ring on it. Tomorrow is my wedding day and because of the Corona confusion not many will be allowed to attend but thank God for Internet and in particular YouTube. We shall be streaming the entire wedding on YouTube through my channel,” one of her posts read in part.