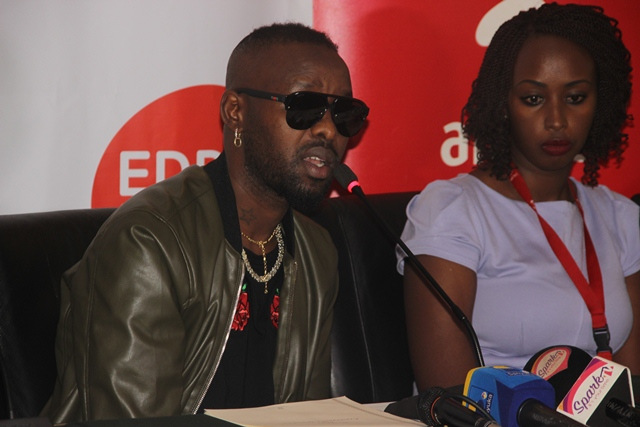 Ugandan superstar, Edirisa Musuuza alias Eddy Kenzo is the latest artist to postpone a music concert over the rapid spread of the deadly corona virus.

On March 11, the World Health Organization declared the corona virus a pandemic, with thousands of cases reported across the world.

The entertainment industry is rapidly responding to the spread of the disease.

In an effort to prevent spreading the virus, a number of concerts and other events have been canceled or postponed.

Ugandan President Yoweri Museveni  on Wednesday evening during the State of nation address, declared that all concerts and public gatherings are to be put on hold for a month.

"Discos, bars, sports, music shows, cinemas, and concerts are all suspended for one month," the president communicated.

Eddy Kenzo’s music festival was slated for 28th March, 2020 at Kololo Airstrip, and is among those that were affected by the president's orders.

Despite having invested millions of money in the two day festival, Kenzo revealed that he is not sad about the postponement because people's safety comes first.

“God is good and does not make mistakes. He alone knows. I believe everything will be fine so let us follow the president's rules and I ask you to take care of yourselves because God is with us. Pray for me as I am praying for you, too. I'm not sad because I know God never makes no mistake InshAllah. Let me sleep for now. Stay blessed my people. A big thanks to team Eddy Kenzo I'm forever grateful. Safety First," Eddy Kenzo said in a Facebook post translated from Luganda.

Today evening he will be hosting a live Facebook conference where he will communicate further about the postponed concert.