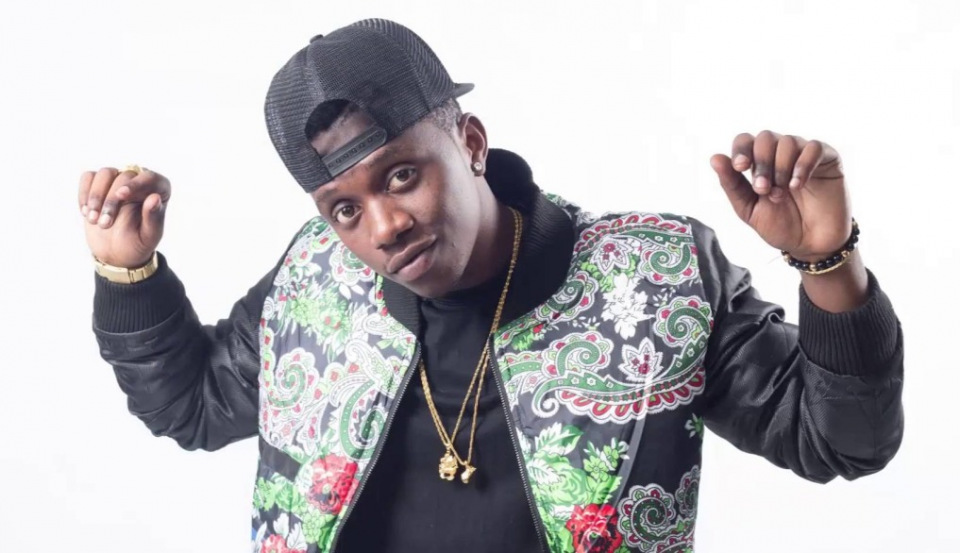 The much-awaited Eldoret Festival that was supposed to be headlined by popular Tanzanian musician Rayvanny has been postponed.

In an Instagram post, Rayvanny shared a poster announcing the postponement, adding that the move was influenced by the corona vurus pandemic.

He further noted that a new date will be announced once the virus is dealt with completely.

"My beautiful people in 254 our show has been postponed due to what's going on right now Corona!! Wait for the next date there is always next time...," he posted. 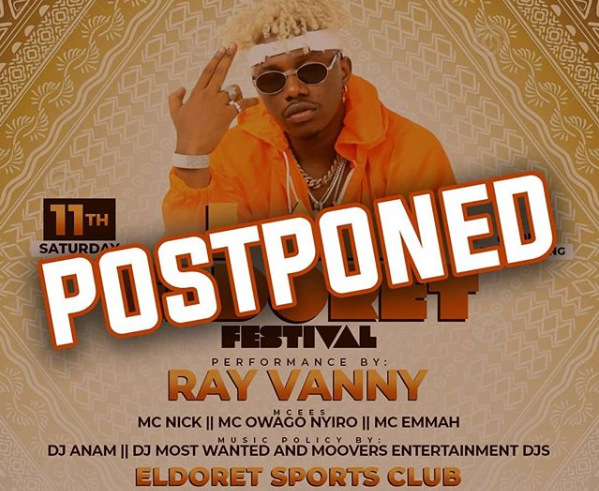 The event was scheduled to go down on Saturday April 11, at the Eldoret Sports Club starting from 6:00pm.

Rayvanny was set to be the main act at the festival, backed by mixes from several DJs that include; DJ Anam, DJ Mot Wanted and a group od DJs from Movers Entertainment.

According to information from the organizers, the festival was created to celebrate the culture of Eldoret residents.

Meanwhile, both Kenya and Tanzania have confirmed corona virus cases in both countries, forcing both governments to ban public gatherings that can enhance spread of the virus.

In Kenya, all schools have been closed, all public rallies and crusades banned and travel foreign travel restricted.