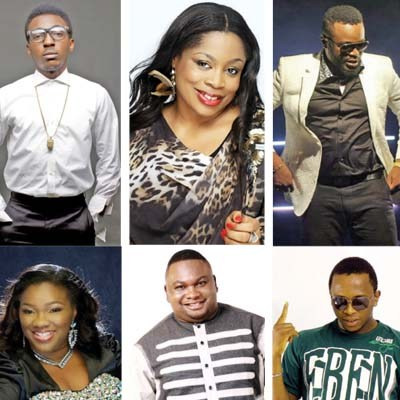 These top-ranking Nigerian worship songs are based on YouTube views and impact from time of release. They still continue to transform and touch lives not only in Nigeria and Africa nut also across the world.

Mercy Chinwo has continued to rock the airwaves and bless the hearts of many people. The song is the most played worship songs in Nigeria and abroad. The song since its release on 7th January 2018, excess Love has recorded more than 40 million views. If you were doubting God's love over your life, this masterpiece gives you the reassurance that God loves you excessively.

The song means "The one who says and does". It went viral immediately after the video release in 2017. It boasts of more than 30 million views on YouTube. "Ekwueme" has been a blessing to many people around the world. The lyrics of this song will most certainly draw you into a deep place of adoration.

3. Steve Crown - You are Yahweh

The Christian music minister released the powerful worship single "You Are Yahweh" in December 2018. This song has garnered more than 15 million views on the YouTube channel. It is so touching, spirit-filled and uplifting. As you listen to the lyrics of this song, you are likely to go deep in the world of worship.

This song was released back in 2012 and it has continued to be the favorite for many people. It has garnered more than 33 million views since its release. This powerful worship song speaks of the great and mighty power of God.

5. Mercy Chinwo - Chinedum
'Chinedum' - God is leading me, is one of the best worship songs in Nigeria eleased in May 2019 and has recorded more than 8 million views. The song serves as her third single after the release of the debut album "The Cross: My Gaze".

Judikay and Mercy Chinwo show off their gifts and vocal abilities to deliver the high-end adulation to Jesus. This masterpiece was released in March 2019 and has recorded more than 4 million views to date. The powerful declarative song will uplift your spirit.

Joe Praize has not disappointed his fans with the release of the 'Unchangeable' worship track. Even though this song was released some few years ago in 2016, it has continued to be the favorite worship song for many Nigerians and gospel music lovers across the globe. It boasts of more than 25 million views on the YouTube channel.

Akamdinelu - My hands are lifted high, is one of the latest worship songs in Nigeria. Mercy Chinwo released this song a few months ago in September 2019. To date, the song has recorded more than 1 million views. Your spirit will be lifted up by the lyrics of this worship tune. READ ALSO: Latest gospel songs 2019.

The song currently boasts of more than 1.9 million views on YouTube. The word 'Okemmuo' means "The Spirit of the Spirit". This spirit-filled track will connect you to the heavens.

This is another latest release in the world of Nigerian worship music. Following successful releases of top-charting such as "One Yes" and "Hail Your Name" Moses Bliss has left a mark in the heart of millions of worshipers across the globe. The masterpiece “Too Faithful” boasts of more than 1.5 million views.

This worship song remains to be the favorite for many people in the world. It was released some time back in 2016 and boasts of more than 23 million views. "My Trust is in You" is a song of total surrender to God who knows and works all things for his purpose. In this song, David G declares that we should only put our trust in Jesus.

The masterpiece "Mighty Man of War" was released by Jimmy D Psalmist in the year 2007. It is one of the most powerful Nigerian worship songs. This track boasts of more than 39 million views on YouTube. Whenever you listen to this power-filled song, you will feel the presence of God near you.

'Imela' is an awesome worship track that was released in 2012. The song is one of the best worship songs in Nigeria and has recorded more than 41 million views to date. In this song, the duo is pouring out their heart to God and thanking Hi