Top 10 Nigerian Tracks You Need to Hear This February 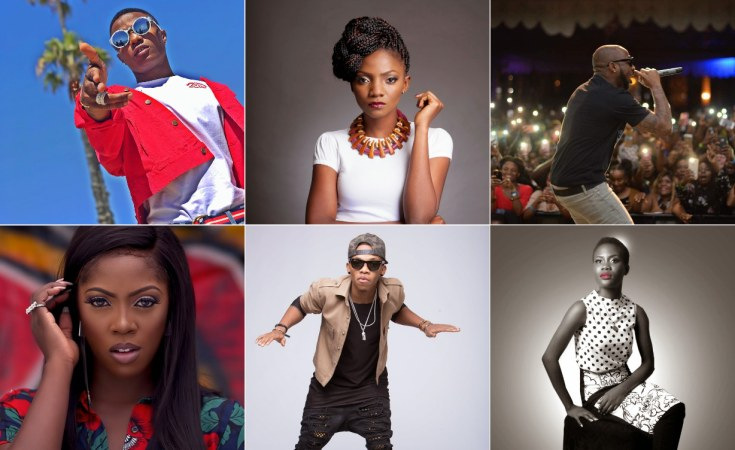 These are the 10 Best Nigerian Songs to hit the scene in the Month of February and more to come!

Nigerian celebrated singer and songwriter Niniola shared her latest single "Fantasy," featuring the legendary Femi Kuti. The singer delivered her usual crisp vocals atop a pulsating beat and smooth saxophone riffs from Kuti. It's an incredible song through and through, and the two make for a memorable duo.

Nigerian afrobeat pioneer Tony Allen and South African jazz legend Hugh Masekela began recording together in 2010. Though they'd known each other since the 1970s, through their friendship & work with Fela, it took forty years—and a coinciding tour schedule that saw them both in the UK at the same time—for Allen and Masekela to make it to a London studio together. It was there that, along with producer Nick Gold, they recorded the "kind of South African-Nigerian swing-jazz stew" that will make up their upcoming album, Rejoice.

Zlatan gets serious and thoughtful on his latest track "Life." The song is a departure from the Zanku (Leg Work) singer's usual dance-worthy style to a slow-paced anthem which sees him reflecting on his rise, and making it as an artist against all odds. "My life changed in one day," sings the artist on the hook.

Burna Boy came through with the latest single, "Odogwu," a smooth afro-highlife concoction produced by Kel P. Following the celebrated release of African Giant, Hee will be embarking on a long run of shows that will take him across North America and Europe in the Twice As Tall tour.

Buzzing Nigerian artist Rema shares his first single and music video of the year "Beamer (Bad Boys)." The track is the first single since the release of his 2019 EP Bad Commando. Produced by Rvssianm, the song features a sultry, drum-heavy beat and a catchy hook in which a chorus of female voices sing of their love for "bad boys." The steely music video features several love interests and flashy cars as Rema moves through the city on an undisclosed mission.

Rising Nigerian artist Fireboy DML, shares the music video for his latest single, "Vibration," from his debut album, Laughter, Tears and Goosebumps. The song features eclectic production with a Latin flair from Deeptunes. The unique visuals, see the artist in several striking settings including a ballroom filled with skillful dancers doing the foxtrot and mambo, as well as outdoors where he's surrounded by snow and a group of ballerinas. Later on in the video, the artist delivers his own dance moves in a disco-lit room.

Zinoleesky dropped his debut track "Caro" under his new record label, Marlian Records. He teams up with Naira Marley on the fun and upbeat ode to women and love while also dropping the accompanying visuals too. In "Caro", the duo seamlessly feeds off of ea