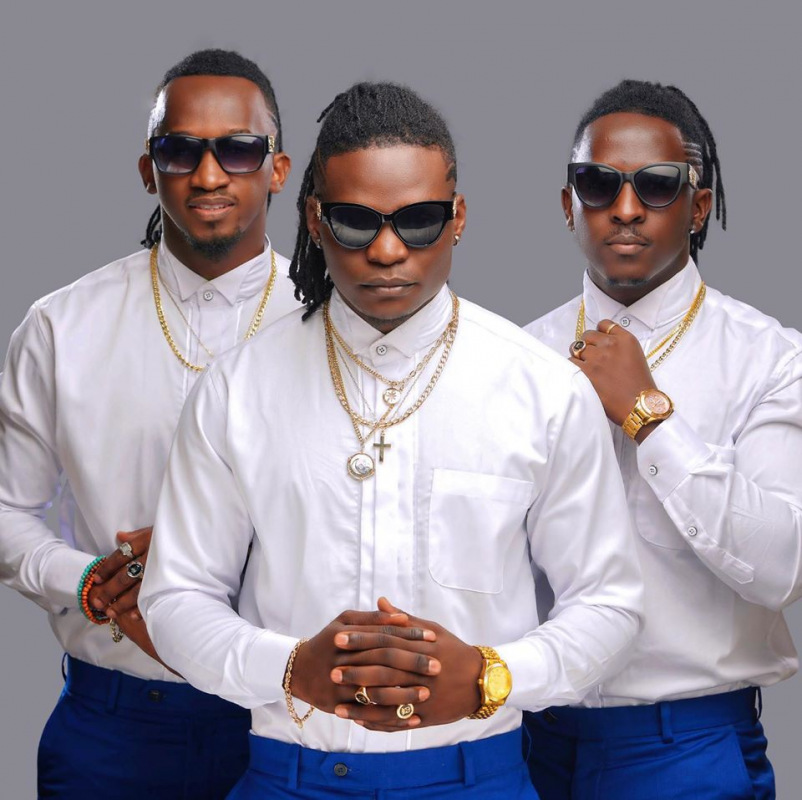 Bobby Lash: Real names Ssali Peterson born on 20th of April 1992. He is a versatile artiste who can do both Ragga and Reggae. He is inspired by any musician who does good music.

Delivad Julio: Real names Kasagga Julius, born 6th February 1992, He can sing in different genre, RnB, Zouk, Ragga and Reggae. He was inspired by church music since he spent most of his childhood singing in Church

Mr Lee: Real names Mugisha Richard, born on 24th of January 1992. He is a powerful performer who can sing in different genres like RnB Zouk and Reggae, Just like Julio, Mr Lee was also inspired by Church music.

Their music career began in 2009 while in high school, recording demos and performing before other students, forming the B2C ENTERTAINMENT. They recorded their first single titled “Omutima Guluma” in 2013 which officially kick started their career.

The trio takes 2013 to be their magical year because it is when they burst onto the music scene after the release of their single “Wansensera” and later getting signed by Andy Events, a manager who was able to take them places and promote their career.

Their debut 13 track album was dubbed 'Born To Conquer' was released in 2017 with songs like Wansensera, Nyongera, Njabala ft. Spice Diana, Tokigezza, So Fly among others.

They topped the charts with their hit singles and collaborations. Last year, they teamed up with vocalist, Rema Namakula to give us arguably the best song of the year, 'Gutujja' which, up to now, is being jammed on by Ugandans.

THE END OF THE PRESTIGIOUS 'ANDY EVENTS' ERA.

In 2018, B2C released an official statement ending their relationship with long time manager, Andy Events shortly after their successful concert in September.

In a public statement, they claimed that Mugerwa has got a busy schedule yet they need his maximum concentration. “We are sorry to inform you that Mr. Mugerwa Andrew (Andy Envents) has got other pressing commitments which cannot enable him to continue as our manager. The entertainment industry is very demanding; you have to put in 100% of your time in order to succeed,” read the statement in part.

Their bitter split was believed to rotate around payments as the artistes claimed they were underpaid despite the hard work they put in to execute a series of concerts which pulled huge crowds and money. The spark off was after a successful VIP show held at Auto SPA in Munyonyo which was filled to capacity, but the boys were given only five million shillings to share among themselves.

Mugerwa had managed B2C for three years in which they managed to produce over 15 videos including a mega hit of Gutamiza with the late Mowzy Radio, Tokigeza and Njabaala with Spice Diana, Songea, Wannyonona, Kapande featuring Eddy Kenzo, Nyongera and No You No Life featuring De Ben from Rwanda to mention but a few. The trio also scooped a couple of awards like Hipipo Awards and also enjoyed international recognition through having air plays outside Uganda.

WHERE IS B2C RIGHT NOW?

The 'Kampala Boys' as they refer to themselves are doing so well in their career despite not having an official manager. They have songs like 'Sugar' ft Rwanda's DJ Pius, 'Tango', 'Amattu Magule' ft Bebe Cool, 'Gutujja' ft. Rema, 'Yatonda', 'Freaky Love' ft. Weasel, 'Tonkyawa', 'Byamanyi' among others.

They will be entertaining their fans in a music concert slated 4th September 2020 at Freedom City.