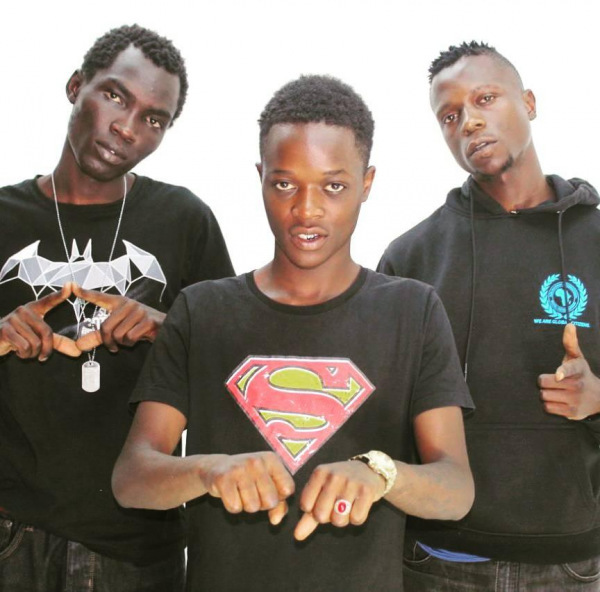 Mbogi Genje is a Kenyan boy band ,members being Militan, Smady Tings and Guziman. The three man group haile from Umoja, Kenya. They have gathered quite the traction for their unique blend of dancehall and gengetone. They are also known as the ‘sheng masters’ for their heavy use of uncommon Kenyan street slang.

The three man group has a couple of hot tracks under their belts. ‘Kidungi’ and ‘Ngumi Mbwegze’. They recently dropped a new gem on the music scene  dubbed ‘Kamkoba’. Mbogi Genje tag team with super producer and DJ , VDJ Jones. The audio was produced by Mavo on the Beat.

'Kamkoba' has a gang rap feel to it because of the lyrics used in the track. Regardless 'Kamkoba' has a vibe to it with its ear worming hook and infectios beat.