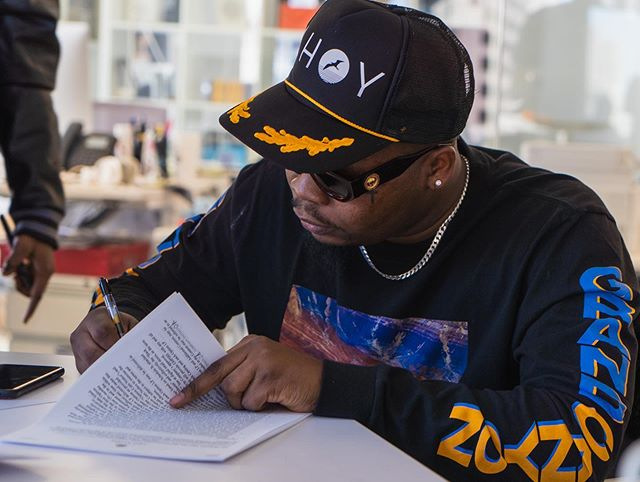 Empire, an American distribution, records, and publishing company has signed an exclusive recording deal with award-winning Nigerian Rapper Olamide and his label YBLN. The rapper becomes the first Nigerian hip hop artist to be signed to the label.

This was revealed by the YBLN boss, Olamide Adedeji, on Tuesday 18th February. He also stated that any artist he signs, including FireboyDML, will benefit from the resources provided, relationships built and benefits associated with the newly signed agreement with EMPIRE.

He took to twitter to happily announce that YBNL and Empire got a joint venture deal. He (Olamide) together with Fireboy and any other act to be signed next are ready to shake the world of music.

Olamide also gave his comments that more albums will be released soon as it is now time to get to work and serve the fans with a new album dubbed Baddo. He added that Fireboy would be releasing a new album as well but he has not yet given the exact dates.

In response to the announcement made by Olamide, Fireboy congratulated Olamide, his current boss, and gave his appreciation from the support he has received from this far.

“YBNL/Empire. Congratulations, King. thank you for everything,” Fire Boy wrote on his Twitter handle.

EMPIRE was conceptualized by around 2010 by one Ghazi Shami an m-tech graduate of San Francisco State University. The Label has its base headquarters in San Francisco; California and has offices in New York City, Atlanta, and London.

The music Label has hosted and signed big names in the music industry such as Snoop Dogg, Tyga, Kendrick Lamar, Steel Wool, Jazz Anderson, and so many other artists and record labels.