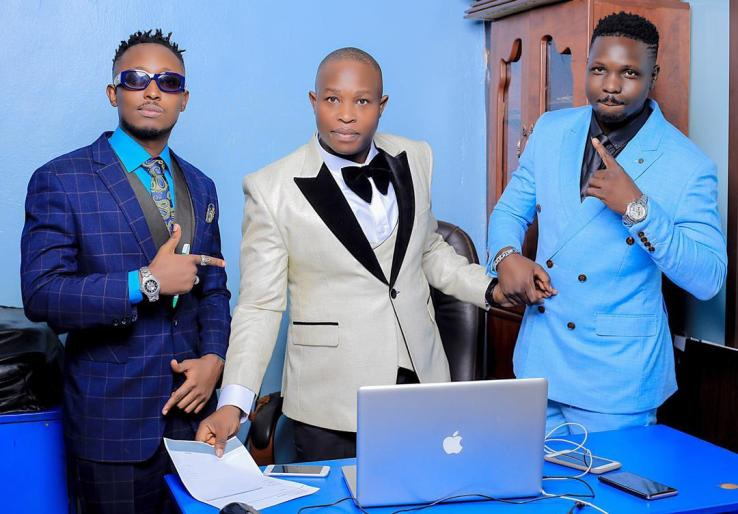 Source Management Record Label under the leadership of Manager Roger Lubega has announced the signing of solo artist, Musasizi commonly known as Chozen Blood cementing their commitment of promoting his music and making him a better artist.

Manager Roger is currently handling female artist, Spice Diana and we can tell he will do a great job with Chozen Blood considering the work he has done on Spice's music career.

Chozen Blood put pen to paper and according to reports, the two artists have already recorded a song together titled, 'Muntu Wange' which will be released on Valentine's day.

Chozen was previously working with Jeff Kiwa of Team No Sleep, but they split bitterly with the 'Yitayo Ondabe' singer claiming that he was focusing more on Sheebah than delivering on the promises he made to him.

He then moved to Ziza Bafana's former manager Arafat where he has currently been, together with self styled smallest rapper, Feffe Bussi.