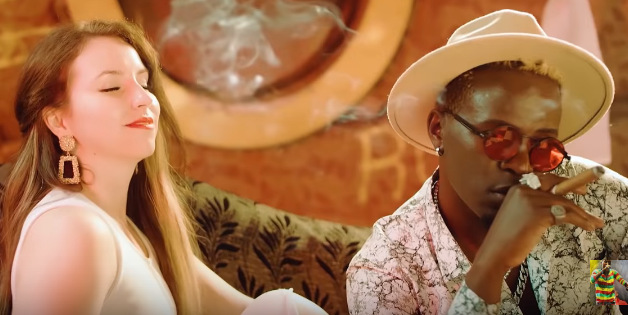 The song is of international standard and has been produced by Silver Birds Records of Jamaica in collaboration with Saldido records.

The video on the other hand, has been directed by Ivan of Tanzania, and is of high quality; one can clearly tell that some good money was spent on the project.

Like his recent songs, ‘Banana’ is highly explicit, and is not recommended for minors, though he has coded some of the explicit words.

The song is currently trending at position 27 on YouTube Kenya, and has managed over 39,000 views on the same platform, barely a day after it premiered.

On social media, the song has a lot of mixed reactions. A section of users have condemned him for releasing an explicit song, while others have applauded him for going international.