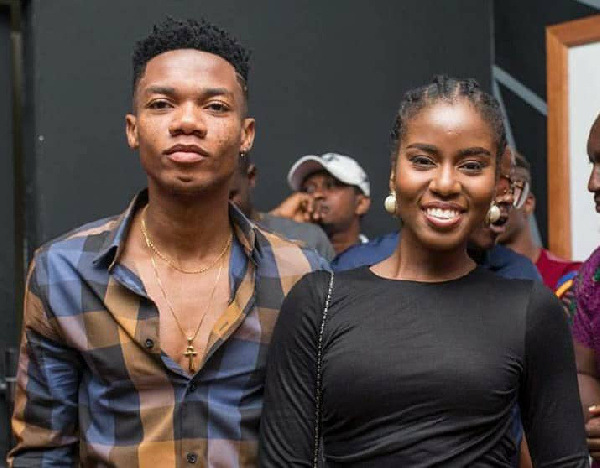 Ghanaian young highlife musician and Lynx Entertainment signed-artise, KiDi, has also shared his part of MzVee’s depression story. According to him, he knew about it but it wasn’t his place to talk about it.

After being absent in the music industry for about two years, MzVee recently opened up on her battle with depression which according to her, was also the reason for her absence from the music scene.

On TV3’s Newday, she [MzVee] disclosed that, her break was to enable her engage in a “soul searching” at a time she was “super depressed.”

Speaking about MzVee’s revelation in an interview on Showbiz 927 on 3FM with MzGee, KiDi explained that although he knew about it, he wasn’t the one to come public about it.

“You see the whole thing is, everything that people asked me way before Lynx came out official, I told myself one thing, it was not my place to say. A lot of things weren’t my place to say, I would like the persons themselves to come and say or the label to come out with an official statement, but I won’t come and give things when things are not ready to be out there, so I was just minding my business and dey in my corner that’s all,” KiDi explained.

When they asked if he still misses Mzvee at the label, KiDi responded in the affirmative.
“Of course, like I said, when she left it was sad because we all use to go everywhere together, jam together, travel together to play shows, it was definitely a loss,” he said.

The highlife and afrobeats singer-songwriter said MzVee added value to him as an artiste.

“Anytime I was making songs, she was always there, not always but most of the time she will be there to tell you do it like this or this place don’t sing it like this and if you have heard most of my songs, ‘Adiepena’, ‘Say You Love Me’, you heard female vocals, she used to do all of that for me, I’m going to miss all of that,” the talented singer, who is out with a new song, ‘Enjoyment’ ”, said.

He further added that, he wrote a couple of songs for her [MzVee] such as ‘Feel Alright’ on her ‘Daavi’ album, he also co-wrote ‘Sing My Name’ and that he is ready to record with MzVee if she has come back to music.