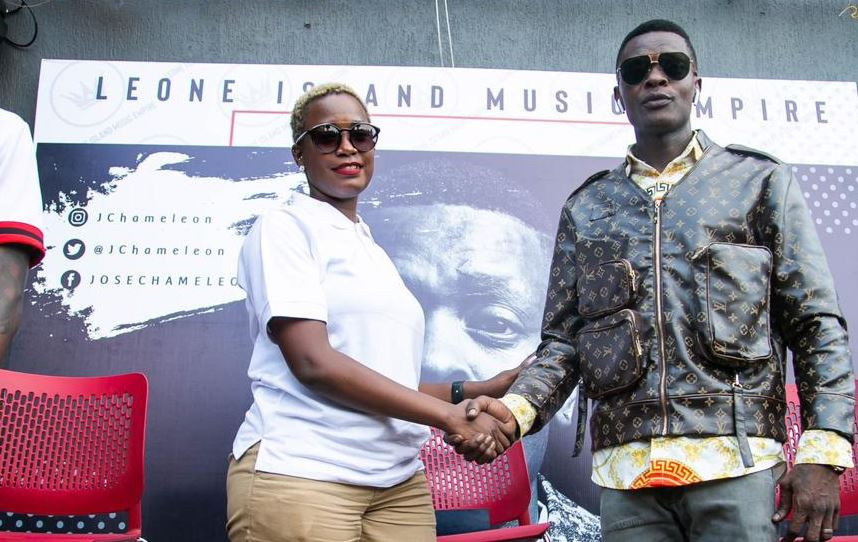 Legendary singer, Joseph Mayanja alias Jose Chameleone announced that he would be releasing more hits this year and in a bid to reclaim his glory in the competitive industry, the Leone Island boss has unveiled his new manager, and it is non other than popular female Events marketer, Fortune Bijou.

The revelation was made during the singer's press conference that took place at Sky Lounge, Kololo with Chameleone sure that she will get the job done since she has experience managing big brands..

Bijou is the Chief Executive Officer of Muchacho Ltd. and Jose Chameleone feels she is the right person to manage his career henceforth following his split with former manager, Robert Mutima.

"Bijou has been a friend of mine for a long time. She has been trying to advise me on many issues. I told her 'If you know all that, why don't you just come and help me?''

"She thought about it and now she is on board, and I'm happy to have her." Jose Chameleone said, also noting that this will help him to juggle music alongside his political career.

It was during the same press conference that the 'Baliwa' hit maker also revealed he will be holding a mega concert at Lugogo Cricket Oval dubbed, 'Gwanga Mujje".