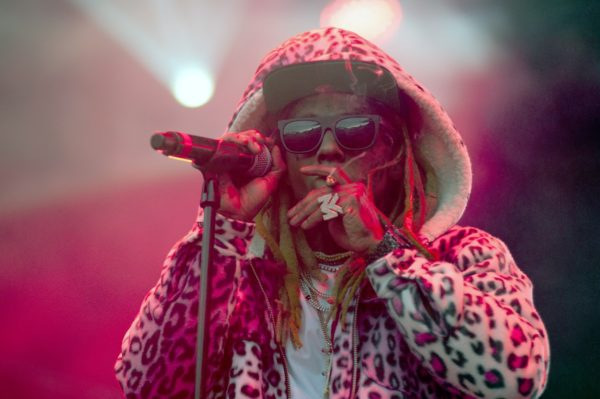 The hip-hop star shared a clip of what is presumably a preview of one of the tracks on the upcoming LP, on which he spits: “Welcome to the funeral/ Closed casket as usual.”

The 37-year-old entrepreneur has accompanied his new album release with a range of ‘Funeral’ merchandise, ranging from shirts, graphic tees, hoodies and beanies.

In 2019, Wayne whose real name is Dwayne Michael Carter Jr. supported pop-punk legends Blink-182, and the rapper admitted he had fun playing to a different kind of audience.

He also teamed up with the ‘I Miss You’ group’s drummer Travis Barker and Rick Ross on the track ‘Gimme Brain’.

Praising the stickman’s “swag”, he said: He said: “Man, Travis, plain and simple, his swag is great.

Jay and Wayne have shared a bitter-sweet type of relationship over the years. Both have dissed each other in tracks and on stage shows. However, the latter years have seen the two label executives working out their differences, with Jay Z even helping Tunechi out of a tough spot when he needed some extra change for a tax bill.