UGANDA: Eddy Kenzo Hits Back at Cindy Sanyu Who Called his Lyrics Childish. 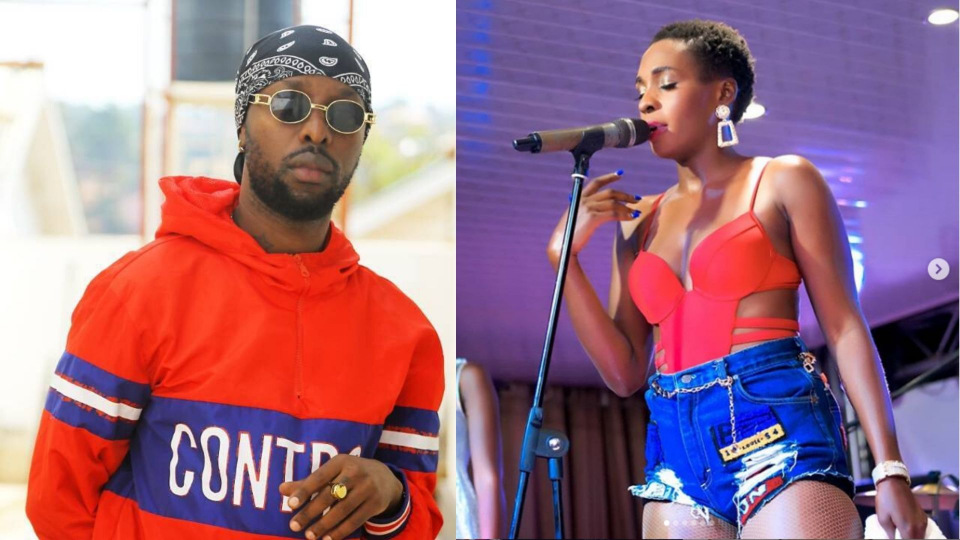 There is a developing battle between dance hall queen, Cindy Sanyu and Eddy Kenzo. We can not even imagine what these two may have in common that can cause this friction, but they are seriously hitting at each other.

We all know that Cindy loves her battles with fellow artists, she was on an interview and had something to say about Eddy Kenzo's new song, 'Tweyagale'.

Just like she trashed Sheebah's music last year, the self styled 'King Herself' claimed that Kenzo lacked lyrical maturity. She advised him to get better song writers if he is to go back to the glory days of his 'Jubilation' song.

Eddy Kenzo had ignored the whole drama but when a fan brought it back on his post, he had something to say about it.

"...Tell her to write better music and become anything she wants to be. Me I want to be like this, ye kyalabanga nga ekibulamu (what she sees as immature), for me it's the best. Meme katale (we have different tastes)." Angry Kenzo replied. 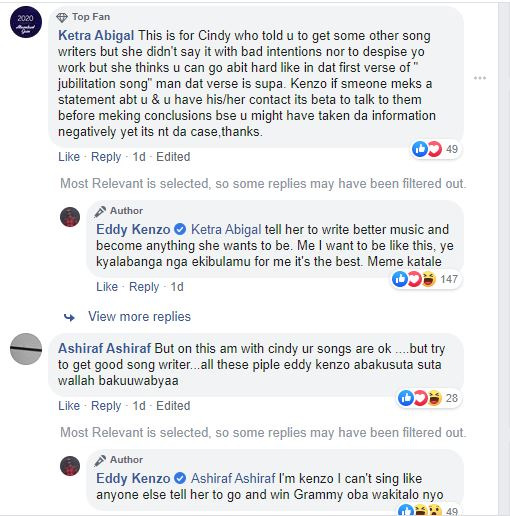 The 2015 BET Award winner also made it clear that he is unique and cannot sing like anyone else. If Cindy feels she is better at it, let her go ahead to win a Grammys.

It should be remembered that Cindy has her 'Boom Party' concert on 7th March and it was on the same date that the reports circulated that Kenzo would also have his 'Semyekozo' concert. The Big Talent boss, however, denied the rumors saying the people that circulated them were just looking for social media attention.

We shall keep you posted!