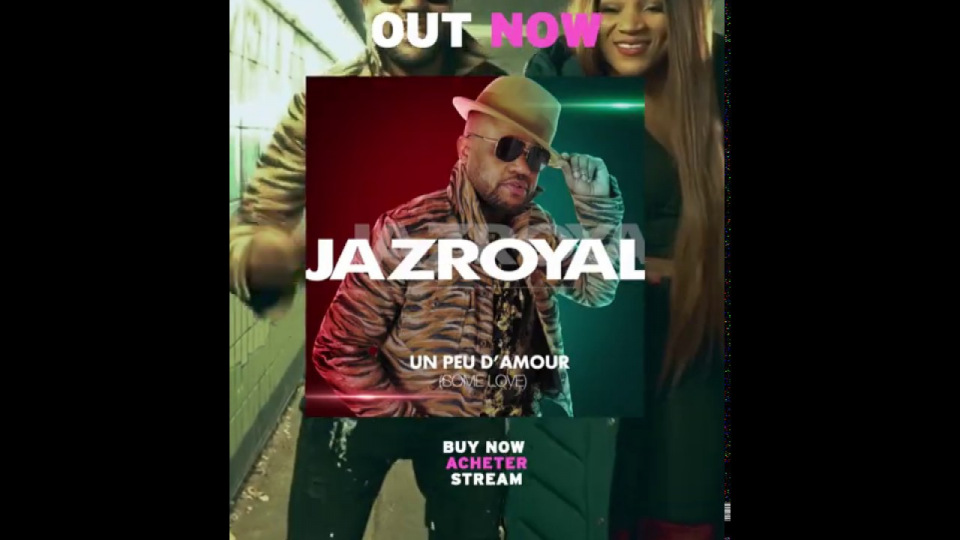 Ya Freddy Wanga is at it again – but with a new name and a new dance genre for his latest single Un Peu d’Amour (Some Love).

JazRoyal as he is now known, is combining his native Soukous with Afrobeats to address relationship issues faced by married couples all over the world.

Un Peu d’Amour launches next month on iTunes and other well-known internet-based music platforms, and features vocals in English, Lingala and Yoruba. A Swahili version will be released with the help of fellow Manchester-based Congolese vocalist, Emmanuela Yogolelo.

The track also features the talents of four London-based musicians: Yemo on vocals, Jay Lovelyna on backing vocals, Limouzine Kabangi, on guitar, and producer Joel Bumba, whose video of the song will be released on YouTube to coincide with the launch of the single.

Previously, JazRoyal has used his musical talents to raise money for charitable causes which are close to his heart, but now he feels it’s time to be more commercial with his songwriting, but to still include a message in his lyrics. The subject this time arose from a conversation with his sister-in-law, who was complaining that his younger brother was no longer paying her enough attention after 10 years of marriage.

“People should always make sure to show each other love in order to maintain long relationships”, explains JazRoyal.

Both single and video will be released through JazRoyal’s own label, MEDA Wanga Music.