Ugandan Artists Pelted with Bottles on Stage, to be Protected by the Police. 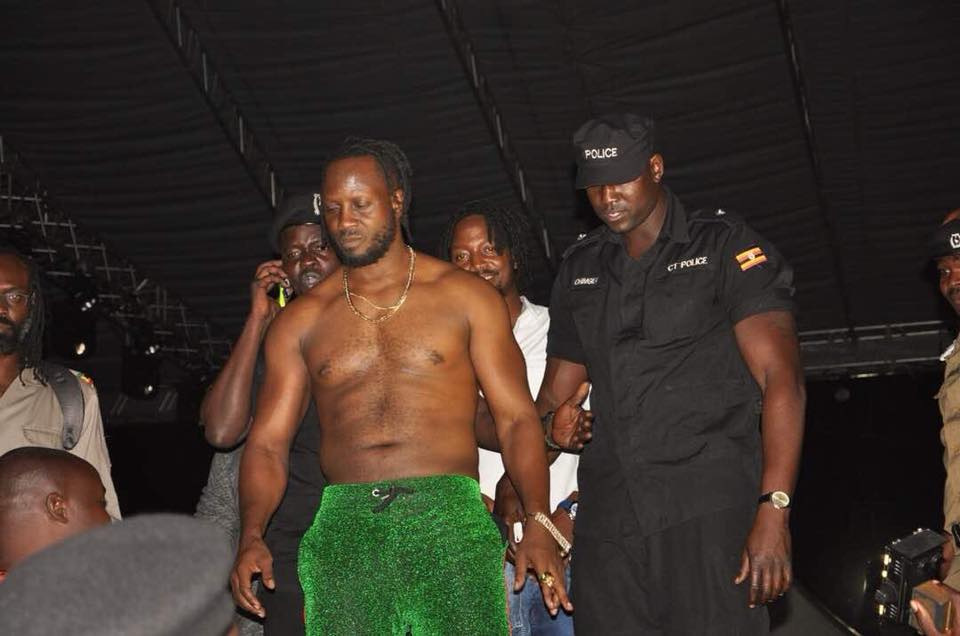 There has been a norm of artists being pelted with bottles once they step on stage. Gagamel singer, Bebe Cool was the first victim during the Swangz Avenue's all star concert, last year.

Other victims include Big Eye, Full Figure and Catherine Kusasira. All these have one thing in common, supporting the ruling party and they think it is the reason as to why they are continuously being harassed on stage.

This has been an ongoing trend and Uganda Police feels they can do something about the vice before it gets out of hand.

Speaking in a press conference, Police Deputy Spokesman, Onyango has vowed to protect artist and has set rules to try and curb such behavior.

"At every event, we ask organizers to have enough security. Although we avail ours, you have to get stewards to use as security to make sure that the shows start and end in peace."

Speaking on what measures they are to use to protect artists, Onyango reveals that they are planning on stopping party animals from accessing the venues with bottles or even beer.

"If you go to a happening place and decide to hit musicians with bottles, we shall arrest you. We shall be planting our officials in normal clothes, and if they get you, you will be charged with assault. Our officers will be among you but you will not know."

There are also reports that these musicians plant people in the crowd to embarrass them on stage so that they gain recognition from the President of Uganda. Onyango said he will be investigating such cases too.

"We shall also investigate if those people are planted by the artists themselves as most people claim. If we also find out that the artist is responsible for the hitting, we shall charge them too. Because they have been paid to perform and failed. It is like cheating the organizers. They will be charged with obtaining money through false pretense." Onyango concluded.