UGANDA: Singer, Fille Mutoni Embarrassed by an Upcoming Artist for Failure to Honour Terms for Music video Even after Payment 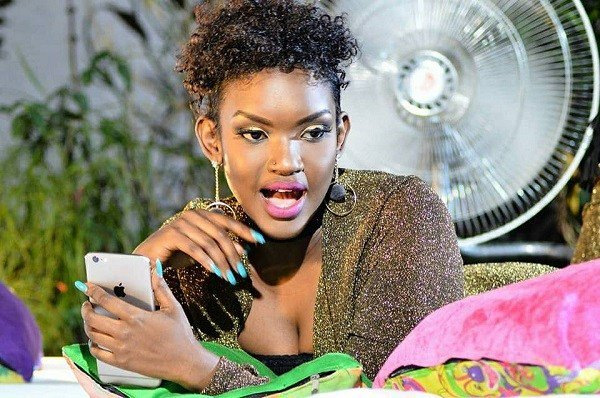 It looks like Ugandan singer, Fille Mutoni got herself in trouble.

A certain artist from Tanzania is determined to sue the 'Mudala' hit maker after she failed to fulfill her end of the deal about their music video deal.

According to the artist who turned up at Next Media offices, they have a song together and while they were planning to shoot the video, he funded for everything that Fille demanded like clothes, the venue and many others but she failed to turn up.

"I'm a music writer and singer. I came here to report this lady called Fille. We have a project with her but we have done everything; paid for the venue, attires and all her other stuff. We also paid for her to feature but she keeps promising to turn up but she does not."

The artist later leaked the phone call he recorded while talking to Fille. In the background, we hear Fille saying she is finalizing the outfits of the video but she was short by 200k and asked them to add on some money.

"We never had any problem with adding her money because we want her to be there. The other day was the last day for us at the venue. You know when you postpone, they do not want to know, you have to pay fresh money again. We have postponed like 7 times and spent like one year begging her."

He says they pleaded with Fille to come with the person selling the attires so that they clear her on the day they are to shoot but she declined and requested the money to be wired to her.

Displaying the mobile money proof of the money transfer of Ugx 810,000, the artist has vowed to sue Fille and promised never to collaborate with local artists again for fear of being cheated.

"So the way forward, me I want my money. There is a lot of big artists even from Tanzania. These things of dealing with local artist who behave like that, I can't handle. I rather deal with artists like Wasafi because they are my buddies. All I wanted was to attack this industry. I'm an East African artist so this is my community. If I catch up with this local area like Kenya, Uganda and Tanzania, I can take my music through East Africa. But now she is dodging me yet I was looking forward to it. So I rather chill and get other artists." he concluded.

Fille is yet to address the suit.