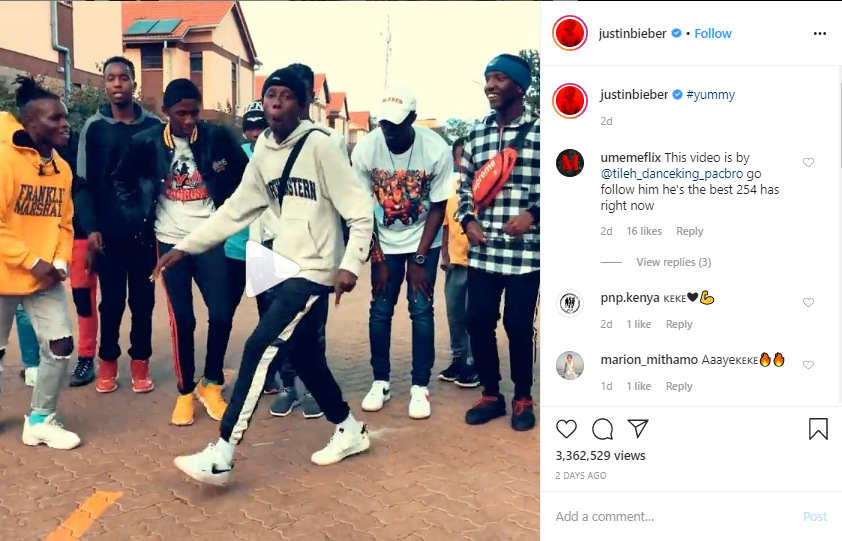 Social media users globally are going crazy over American pop star Justin Bieber’s new hit ‘Yummy’ and have been sharing their videos dancing to the song.

Bieber recently shared a video Kenyan dance group from Kibera dancing to his latest song. Bieber took to social to repost the video to his millions of followers.

The group Dance 98, led by Tilah Pacbro, can be seen jamming to the song, which has over 97 million views on YouTube, as they do a dance style called The Swoosh made popular by South Africa artist Aylo.

Bieber simply captioned it Yummy. The short clip was shared a couple of days ago, has been viewed millions of times already and has received close to 10,000 comments from people all over the world lauding them for the good work.

Aylo was was also excited and shared the clip on his timeline saying, “They Did my Dance #TheSwoosh !!!!” Kibera native and musician Octopizzo also praised the group captioning the clip, “Kibera to the World.”

Tileh Pacbro, shared the video on his Instagram, expressing the groups’ joy at receiving such a huge recognition and proceeded to ask that Bieber tag them on the video.