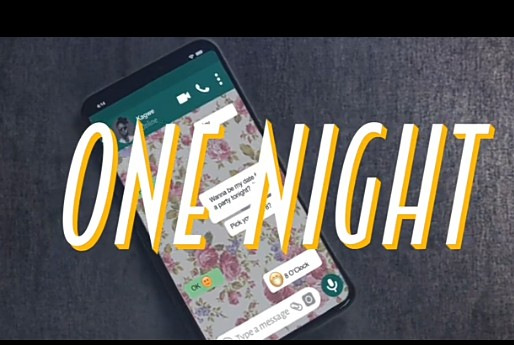 You want to take a girl out on a date but you don’t know how to hit her up? Well Kagwe Mungai has you covered on this new video with Mimi Mars. The two stars have finally released the visuals to their song ‘One Night’.

One Night was used as the main score for the highly acclaimed Kenyan film ‘You Again’ which had Mimi Mars also starring in.

The song is an afro-pop hit that has few elements of reggaeton, very danceable and fun. Mimi keeps her voice high-pitched and sultry all through the song. Kagwe is really showing off his versatility in the song; he switches his flow from singing to rap to harmonizing in a very seamless way which makes the song all so beautiful.

The video is clearly shot in the night and keeps the low light mood all through. It uses a lot of white pastels with pinterestable props such as lights and plants. There are shots in the streets with Kagwe. The beat of the song will keep you on your feet and it does that for the Kagwe and Mimi with simple and seemingly natural dance movements.

Enjoy your adulting breaks with this beautiful video.