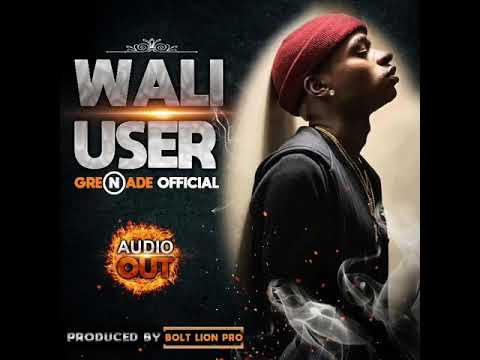 First rising Ugandan singer, Deus Ndugwa, commonly known as Grenade Official had a very rough year 2019. He was involved in many scandals but the highlight of them all was the break up with his then woman Nalongo Maggie Kaweesi who exposed the singer's secrets like sleeping with married women for money plus some other shameful acts.

This affected the 'Nkuloga' hit maker and being that he had just signed with UK based music label, Hustle Records, he apologised to his fans because he did not want any kind of drama to ruin his deal.

He has released a brand new song titled 'Wali User' (loosely translated to; 'You were a User') and fans strongly believe he was dedicating it to his jilted ex-lover, Maggie.

In the two and a half minutes audio, Grenade narrates how he put up with this bitter woman despite her being older than him. He further encourages her to count her losses and move on.

The song may not be so big like his previous hits 'Nkuloga' and 'Mpulira Bibyo' but it will surely serve its purpose. It is a perfect dedication to that bitter ex lover who has refused to let go.

The fans in the comment section are blowing up and hoping to use the song to their bitter exes.

The audio was produced by Bolt Lion Pro and the video will be dropping soon.

For now, you can download the MP3 audio below;