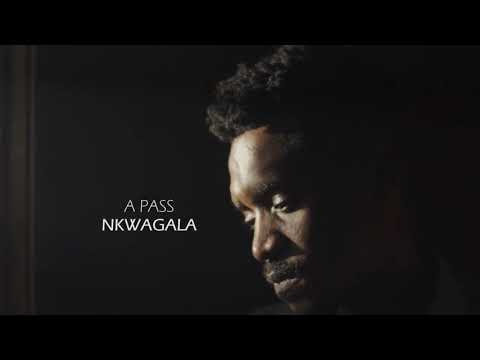 Having been warned by Bebe Cool to be more serious in the new year, singer A Pass took a short social media break and promised to come back with hit music.

Born Alexander Bagonza, the self styled G.O.A.T, just like he promised, has delivered with his new love song titled 'Nkwagala', a song that has been hugely welcomed by fans on social media.

In 'Nkwagala', (Luganda word to mean; I Love You), A Pass goes all out to express exactly how much he loves his woman. He goes on to reveal how he has failed to get something to gift his lover other than his love.

In the video, A Pass is seen seated in a room with little lighting with tears rolling down his face, singing out lyrics full of love and affection. 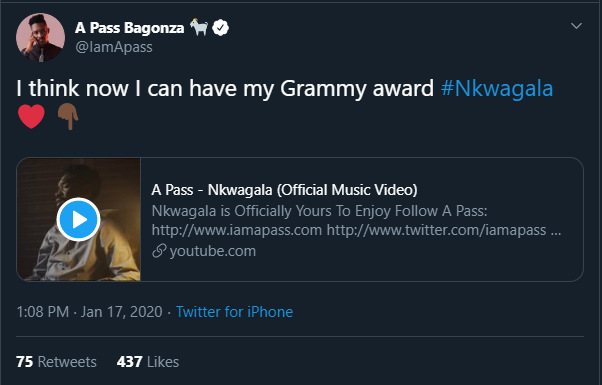 The song was written and produced by A Pass. The beats were mixed and mastered by HerbertSkillz alongside Quad-A. The video was directed A Pass and visuals done by Ivisualz’s Loukman Ali.

Since it's release, A Pass has received nothing but love with many complementing and relating to his lyrics. The singer himself believes he deserves a Grammy Award for this masterpiece.