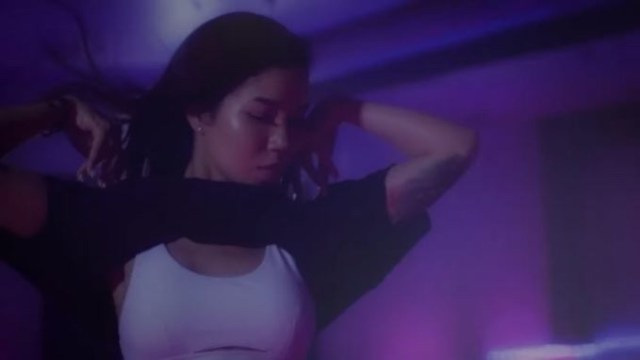 Jhene Aiko has been causing quite the stir through the weekend courtesy of her new song ‘Pusssy Fairy’ that se released over the weekend. It is not the first time we have heard/watched Jhene in such a song but well, she still stirred the pot.

Pussy Fairy is heavily R&B in instrumentation but it is Jhene being Jhene on her rap-sung element trough the song. She partially flows like she is rapping and continuously reminds us that she is actually singing in such a lovely controlled voice. She creates harmonies through the song and what is deemed as the chorus; the song, in true Jhene style is a flow without a lot of defining on what is the chorus, the verse or the hook.

The video is a one scene video. It is just Jhene and another male dancer dancing from beginning to the end of the song in a warehouse. The warehouse is dimly lit and heavily depends on coloured lights in a mix of blue and pink. It looks like a perfect club with just two attendees. The choreography is a seamless switch and flow between Jhene and the other dancer.

Jhene described her yet to be released project as ‘Chilombo’; fearless and beautiful all entwined and if Pussy Fairy is anything to go by, then this project will just be that. Catch a vibe with Jhene.