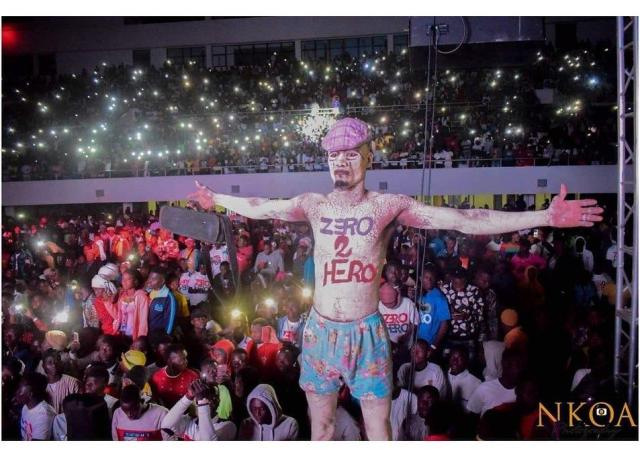 Once again, Tamale-based award-winning rapper Sherif Abdul Majeed aka Maccasio proves to the world his worth as he holds a historic album launch and concert to kickstart the year 2020.

Having started his career in a frenetic mode, the rap prodigy rose to the challenge, and today, he is the most decorated Ghanaian rapper from Northern Ghana.

Since hitting the limelight, Maccasio has redefined how rap content should be passed – with or without a language barrier and audiences’ proclivity for the genre.

Maccasio has consistently delivered alluring, compelling and sizzling rap flow for that past five years.

He, however, ascended the rap throne and sealed his place as Tamale’s biggest rapper of all time on January 4, 2020, when stormed the Aliu Mahama Sports Stadium in the Nothern capital to exhibit what he is made of.

He kicked off the launch of the album with a football gala among the youth of Tamale on Friday, January 3, at the Aliu Mahama Sports Stadium.

“His fans have ripped his shirt apart out of excitement so you can’t see him right now,” his personal assistant told journalist David Mawuli on his arrival in Tamale to witness the concert. “If they see him again, they will repeat what they did.”

The ’69 Fans’ is the official fan army solidly behind rapper Maccasio. They were nominated for the 2019 edition of 3Music Awards but lost to Shatta Movement Family despite their massive votes.

Early morning Saturday, January 4, the ’69 Fans’ and admirers of the rapper rallied behind him to organise a huge health walk in anticipation of the album launch and also to seek their physical and mental well-being.