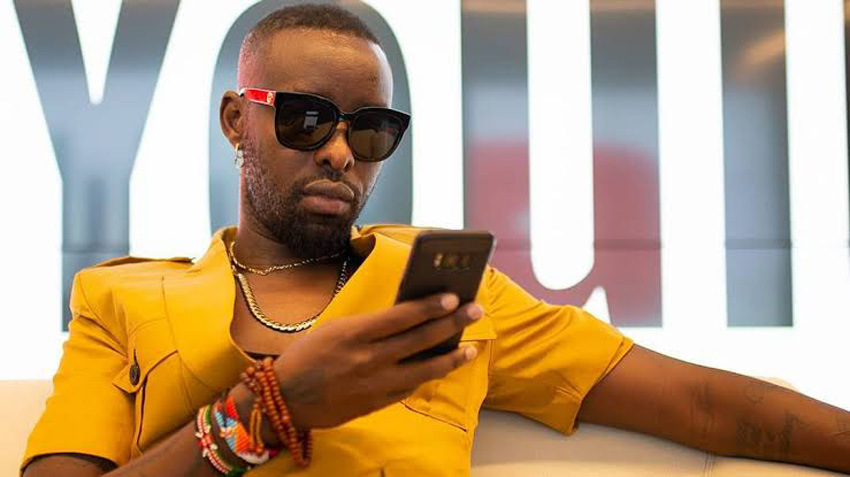 Earlier this week, rumor spread on social media that Ugandan artist, Edirisa Musuza alias Eddy Kenzo had scheduled his music concert on the 7th of March, 2020, the same date that popular dance hall queen, Cindy Sanyu would be holding her 'Boom Party' concert.

This left the internet buzzing and fans confused on which events they will rather show up for. Hot arguments arouse on who would pull the biggest crowds because, truth be told, both artists are a big deal with a huge fan base.

And not wanting to miss any of the two shows, many people actually hoped Eddy Kenzo would postpone his 'Semyekozo' show and let Cindy have her moment since she has been advertising the longest.

Due to the pressure from fans, the Big Talent founder, Eddy Kenzo has come out to refute rumors that he has a concert on the same day. He in fact says he has never passed any communication of that sort and whoever is spreading the rumor, is just soliciting for likes.

'I don't have a show on the same date with Cindy. Ignore these people because they are trying to look for Facebook likes!! But I have anew song Dropping soon #Tweyagale.' Eddy Kenzo shared on his socials.

With this, music lovers won't have to think hard other than support the the self styled ''King Herself' at the Lugogo Cricket Oval, come 7th March.

Speaking on a radio interview, Cindy has given an insight of what we should expect.

"Expect a massive show. It has been three years since I last had a concert. I do not do a concert because of one song, I do it because I have a story to tell, a journey to narrate. So it's been three years of me preparing for this performance. You know I always bring 150% at my small performances but this time i'm coming for 40,000 people so the performance will be massive."

Cindy becomes the first woman to hold a solo concert at Lugogo Cricket Oval and we can only wish her the best!