UGANDA: Rapper, G.N.L Zamba Responds to Fan who Called him 'Fat and not Attractive'. 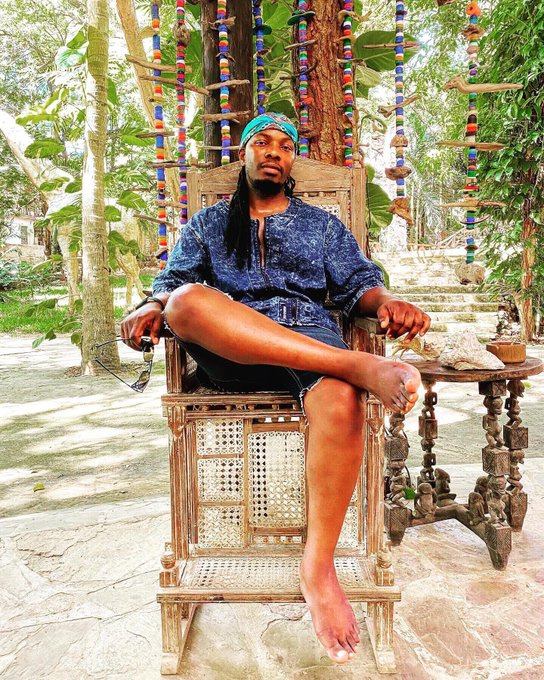 Social media has its benefits and its risks. Many celebrities, especially musicians use social media to keep their names in the public’s view and to promote their music.

The problem for some celebrities is that social media can get a bit too brash and brutal. Some famous people have chosen to stay away from the toxicity that comes with it.

Most would agree that famous Ugandan luga flow rapper, G.N.L Zamba is one of the attractive and stylish men out there but one Twitter user finds his appearance more noteworthy than his music.

"I don't know what he said but he has grown fat and not looking good." Joan made the offending remarks in reply to a tweet shared by the singer's die hard fan. The original caption prompted fans to state the rapper's famous punchlines.

But when the 'Story Ya Lukka' hit maker caught wind of what @JoanMercyC had to say about him, he responded in a way he saw fit. He shared her pictures reminding her that she had no moral authority to comment on anyone's looks.

''Hahaha GNL once said “Olega etwe mbwa gwe” (which translates to, 'you have a big head'). Lol You should not comment on anyone's looks when you have that big *** forehead" G.N.L replied. 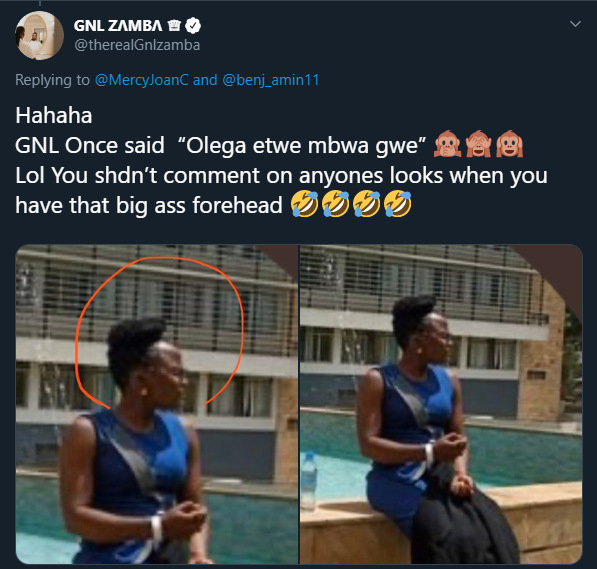 You should be ready for a massive clapback if you choose to call out your celebrities on social media.