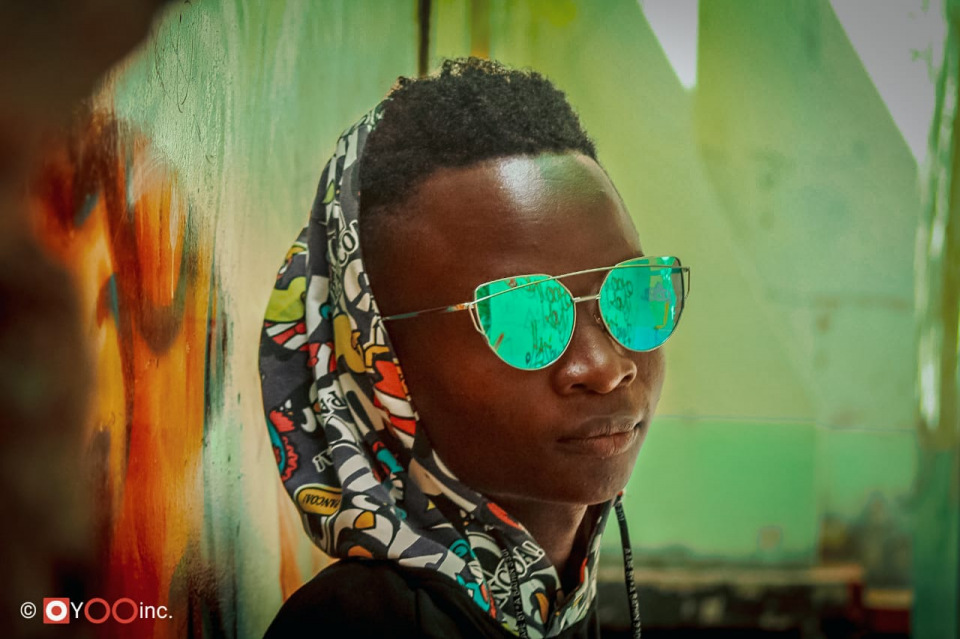 Barely a week after outspoken Kenyan rapper and poet, King Kaka's controversial song ' Wajinga Nyinyi' has dropped off from the trend charts another
one has come up to join in the movement to enlighten on the nature of the country’s divisiveness that brings to light and addresses scandals, corrupt civil
servants and the state of the nation.

The new song has been done by Gabiro Mtu Necessary and produced by UK based producer Redlum with mixing and mastering done at MGF Studios that is based in Kisumu.

In the song, the artist Gabiro Mtu Necessary uses his witty flow and lyrics composed in Luo to refer to his fellow citizens as fools who forget as soon as the music is off.

“Najua mshasahau, wacha sasa tubanjuke” Gabiro says in the opening words of the the song.

There is as much a cycle of scandals as there is a tendency of venting and moving on with the furore dying down and everyone making the same electoral mistake each and every
day. It is evident that Gabiro is feeling wasted as a fellow citizen seeing the like of Miguna Miguna being deported away from their motherland yet no one stands up to speak for him
or on his behalf. Maybe fear is inbound!

With the keyboard warriors talking about revolution back to deep slumber and no longer engaging on social media, writing lofty revolutionary tales inspired by King Kaka’s Wajinga Nyinyi,
he has decided to remind them to at least wake up and dance to their normal club bangers and get the feeds active once more.

As ever, Gabiro’s charming lyrical prowess is the star of the show, always delivered without a hint of strain. Lyrically, Gabiro mines a personal mood for inspiration, but contrasts the somber
subject matter with a light and breezy delivery that will make you forget your worries in an instant — only if you don’t listen too closely to the lyrics.

In 2019 Gabiro Mtu Necessary released his collaborative tune ‘Nitembezee’ in which he featured talented super star Kidis the Jembe at a time when Kenyan artists were championing for more
play of their sound on local media giving the song enough space to get airplay and features in various media.

Fronted by a captivating traditional melody and pulsating dancehall beat, “Daima Mjinga” puts forth a dominating sound from Gabiro. Full of charismatic verses and a fierce, brassy dance break
that leads into the chanting choral refrain where he spends the track confidently expressing feelings of sorrow and disappointment.

Born and raised in Kisumu Gabiro has not only had the chance to work with Kidis but also big names like Wyre, Ketchup and even Uganda’s Nutty Neithan; he has released a total of 10 singles,
barely pausing for breath in between drops.