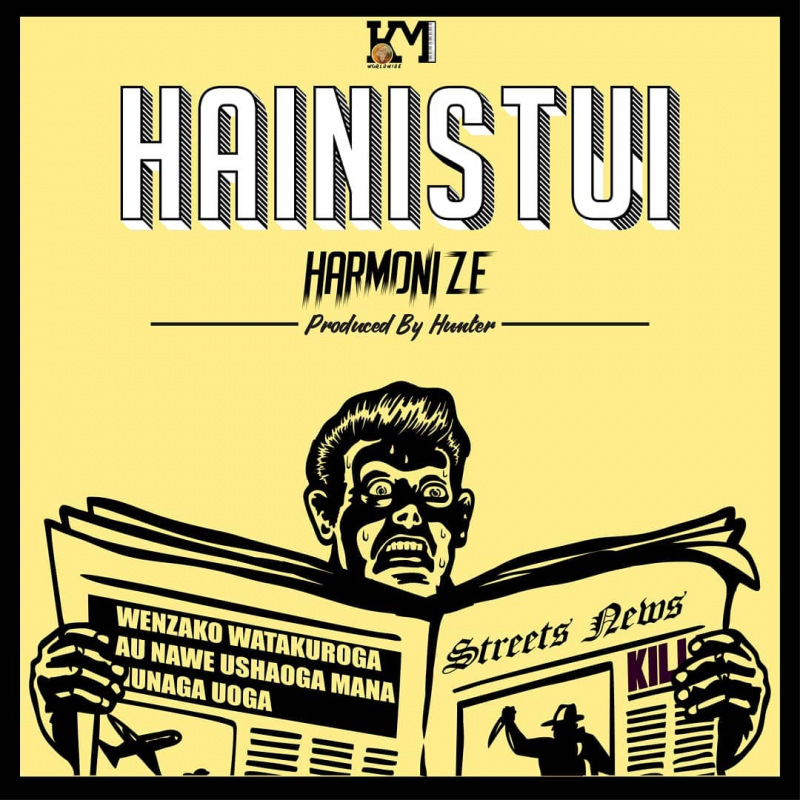 ‘Hainishtui’ which loosely translates to ‘it does not scare me’, is a bold message by Harmonize to his critics.

In the song, he notes that there are some people who have been saying that Harmonize will fade off musically, but assures them that he is going nowhere.

He says that he lives by the Grace of God, and does not know about tomorrow, adding that propaganda from his critics won’t scare him.

Towards the end of the song, he borrows a line from Stevo Simple Boy’s latest song ‘Itabidi Uzoe’, where he tells his critics ‘Inauma ila itabidi wazoe’.

So far, only the audio version has been released, with the video expected later.

Harmonize has been receiving a lot of criticism following his decision to quit Wsafi Classic Baby record label owned by Diamond Platnumz.