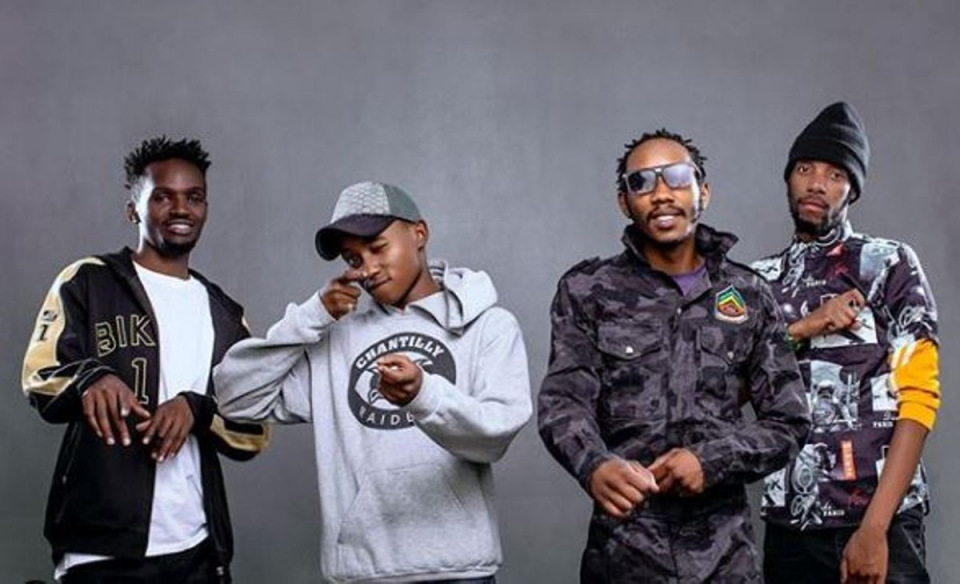 Kenyan boy-band Ethic entertainment has released a remix to one of their biggest hits ‘Fyeka’.

In the remix, the group has featured musician Tha Dope Child, bringing in a different form of energy, and musical prowess.

As is the norm with all Ethic songs, there are vixens doing their thing, and deep sheng has been used to code the exclusive lyrics.

One of the standout acts in the song is by Reckless, who has created a niche for himself as the chorus guy in the group.

Barely a day after being uploaded, the remix is struggling to get viewership online, having managed over 2,600 views and less than 20 comments on YouTube.

The original version of the song did extremely well, and helped Ethic build a name for themselves in the industry.