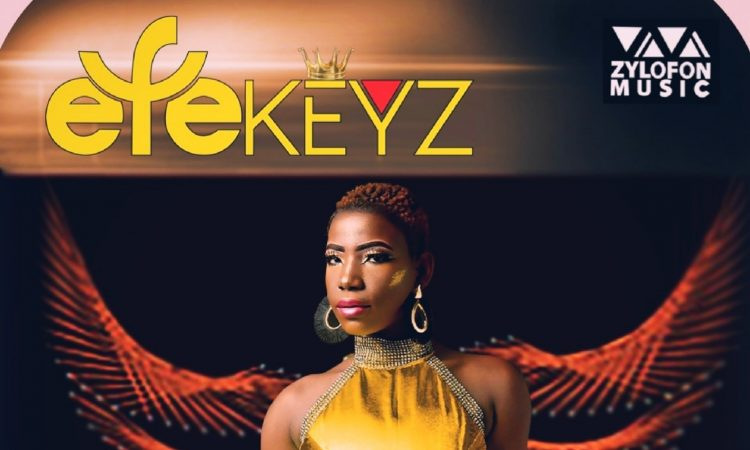 Efe Keyz is an Afro-Pop/high life vocalist, performer, songwriter, TV presenter, model and African beauty queen from Ghana.. Efe does her music in Ghanaian local languages and English. She completed Kwame Nkrumah University of Science and Technology (KNUST) with a degree in Sociology.

Born in Ghana, Efe keyz has a striking personality and a stage presence that makes her stand act. Her musical fusions are influenced by American singer Brandy, Asabea Cropper,  Osibisa, , and Wiyaala.

She is signed under Zylofon Media and put through a year of artist grooming and training, she released world class banger dubbed 'Juju' under the label. After the release of JUJU she had the opportunity to perform on local and international platforms; The Launch of Mengold and Zylofon in Nigeria at Eko Conventional Center, A boxing Fight against drug abuse organised by Cabic promotions which was attended by the former president of Ghana, his Excellency John Dramani Mahama and other dignitaries at The Bukom Square Arena, The Reign Album Launch Concert by Shatta wale where she was among the 4 artistes lined up to perform, Ghana Events Awards 2018, Ashaiman to the World Concert 2018 by Stonebwoy, Miss Galaxy Ghana 2018, GOWA Awards Maiden Edition, Wear Ghana InterSchools Competition 2019, Fashion Ghana Awards 2019,4syte Pent Hall week 2019 and many coperate shows.

In the same year performed at the ZERO BORLA CONCERT and headlined NIVEA ACCRA FASHION WEEK. She was nominated 5 times in Emerging Music Awards 2019 becoming the only and first female to gain 5 Nominations in the awards scheme and won Most Popular Artiste of the year . She has also been nominated 4 times in the Bono Ahafo Music Awards 2019 as well as 1 nomination in Ashaiman awards.