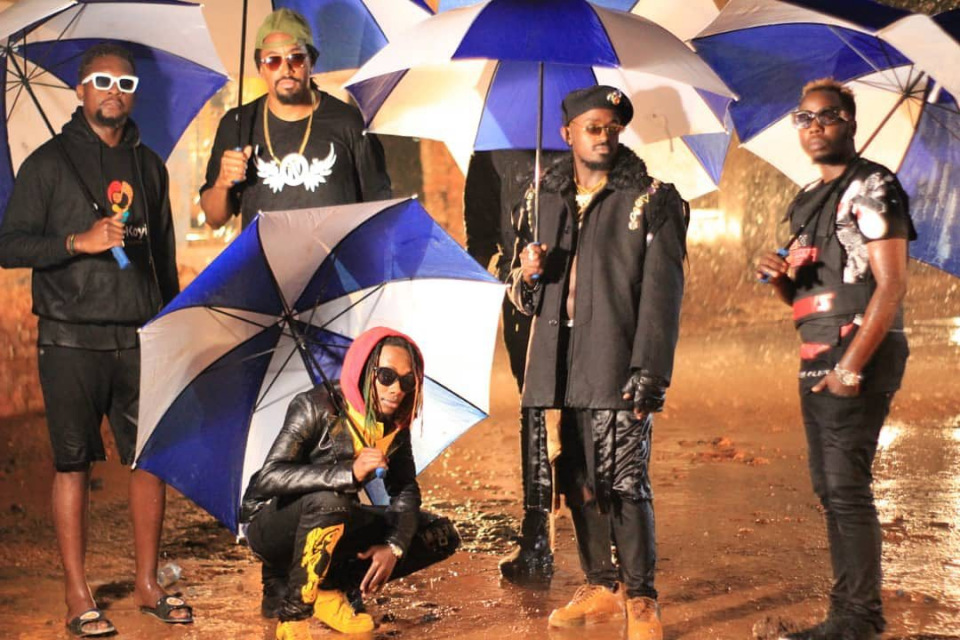 Talk about massive talent on one song, Ugandan singer, Wycliff Tugume commonly known as Ykee Benda rounded up a number of HipHop stars on one song, ‘Bomboclat’.

We first get a taste from Big Tril who mainly addresses haters, Santana who condemns bad politician, Feffe Bussi who throws a jab at his chemistry teacher, Navio addresses new rappers who disrespect the legends.

Don MC known for his hilarious punchlines condemns girls who are invited on dates and bring their friends along.

Finally, Enef calls out the Kifeesi criminal group as he concludes the song. The chorus is entirely done by Ykee Benda.

Bomboclat is a Jamaican slang often as an interjection to express exaltation, disgust, dismay, disagreement or annoyance and has no translation.

The audio straight from Ykee Benda’s Mpaka Records was produced by Nessim Pan Production and released about a month back. It received massive airplay also topping charts.

After the long wait, the self-styled ‘Kireka Boy’ has finally blessed us with the five minutes long video directed by Noisy Pricha and it is exactly as we had anticipated.

The start of the video, we see Ykee and his crew carrying umbrellas and they move through the heavy rains. This is a perfect way to deliver the message in the song to their fans.