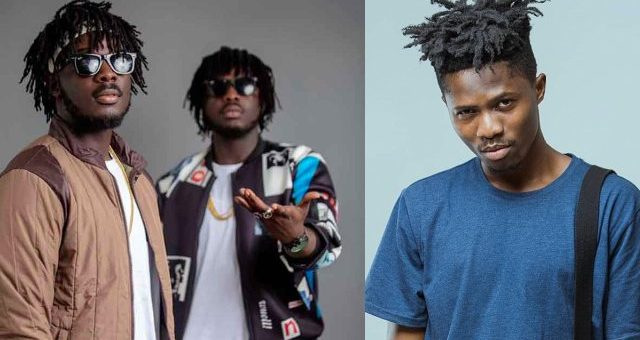 According to our report, Dope Nation made a diss song for Kwesi Arthur after a misunderstanding they had at an even in one of the tertiary institutions in Ghana’s capital, Accra.
However, few days after the reports, the event organizer, DJ Lord, has refuted claims by Dope Nation that they were shoved by Kwesi Arthur’s team member when they were about to mount the stage to perform on the day.

In a signed statement from DJ Lord, he stated that the misunderstanding was as a result of miscommunication and that no one was harmed at the programme.

"Claims by the duo of being elbowed by a member of the Ground Up Chale team and microphone being snatched from them when they were about mounting the stage is completely false.

"The management of DJ Lord is debunking the claims made by the duo and also stating that the hullabaloo was a mere case of miscommunication and personal vendetta and no one was physically harmed in anyway," parts of the statement read.
Meanwhile, Kwesi Arthur has not come out to give his side of the story or brought out a diss song for the duo.