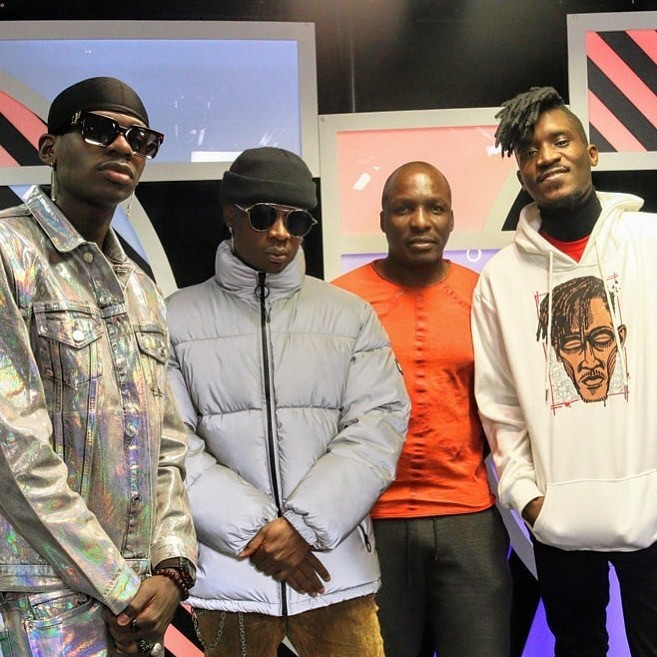 The artists who traveled last week for a show are fishing for publicity for their music in the diaspora and in doing so, they visited BBC Radio 1Xtra on Sunday and had a chat with DJ Edu alias Afro Boss.

In the three-hour conversation, the stars were able to talk about their music, the latest projects, the importance of collaborations across Africa and they both drop a freestyle over Stylo G's 'Dumpling'!

“Yesterday was a good vibe @bbc1xtra with my Sebo @iamdjedu. It's always a pleasure to be in the same room with people who push our culture to the world stage.” A Pass expressed his gratitude.

Other Ugandan artistes that have featured on the show before include Eddy Kenzo and Sheebah who visited the studios a couple of weeks back.

BBC Radio 1Xtra (also known simply as 1Xtra) is a digital urban contemporary and Black music radio station in the United Kingdom that is owned and operated by the BBC. Launched at 6 PM on 16 August 2002, it had been code named Network X during the consultation period and is the sister station to BBC Radio 1.