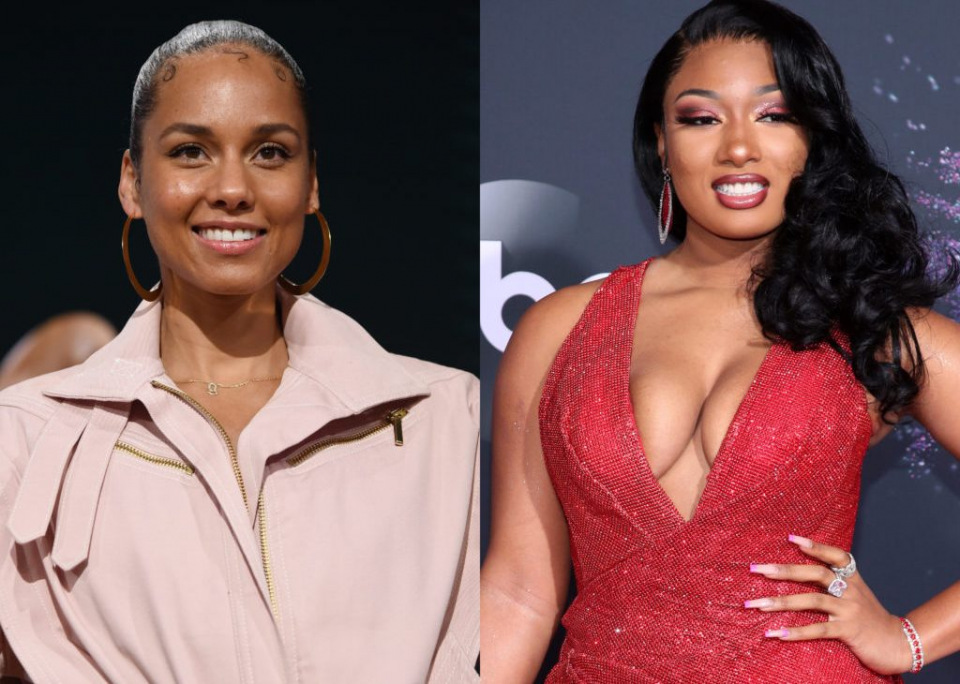 Billboard 14th annual Women in Music event announced its honorees some time back and they have now included two more black women to the list; Alicia Keys and Megan Thee Stallion.

Alicia Keys will be receiving the American Express Impact Award. This is for her work with the ‘She is Music’ organization. The organization works to increase the number of women in the music industry; songwriters, sound engineers, artists, producers and industry professionals.

Alicia Keys has been very vocal about empowering women from the beginning of her career. This has especially been more vocalized after she initiated the No-make up routine to her life that the message empowerment moved from just her music to her words and socials. She has had at least a single on women empowerment on every project she has put out in her music career. So, without doubt this is very deserving for her.

Megan Thee Stallion has been having an exemplary great year. She has been rocking the boat not only with her drink but also with her music. She has been releasing anthems for many households and for this, Billboard is honouring her. She will be receiving the Powerhouse Award.

Other earlier named honorees include; Rosalia, Nicki Minaj, Alanis Morisette, Brandi Carli, Taylor Swift and Billie Eilish. The event is set to take place on the 12th of December.