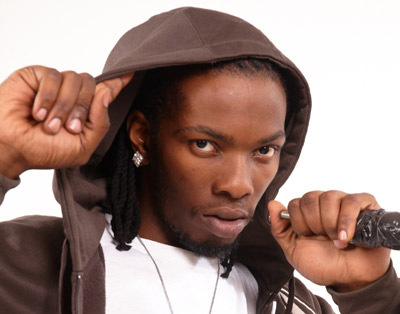 Legendary rapper, Ernest Nsimbi commonly known by his stage name, G.N.L Zamba is in the country together with his wife who also doublea as his music partner, Mariam Tamar Nsimbi.

This is not the first time Zamba is flying into the country since he relocated to the United States. He came last year in May to promote his music album dubbed ‘Nsimbi’ which he jointly released with his wife on June 22nd 2018.

The rapper may have been away for a long time but he is certainly updated on who is ruling the Hip Hop industry in his absence.

The ‘Story Ya Lukka’ hit maker is on media tour trying to digest the current situation in the world of rap. Addressing his fans on Capital FM this morning, G.N.L listed his top 5 rappers in Uganda.

"If we are to analyze the local Hip Hop music industry, we have got the untalented and the talented artistes with too much charisma and spirit for the game. I don't have time to talk about the untalented Caz they are promote mediocrity in this industry," GNL revealed.

Below are his top five rappers.

1. Jim Nola MC Abednego.
He may not be the media’s sweetheart, but GNL thinks Jim Nola is a great lyricists.

2. Fefe Buusi.
With his songs riding the charts, G.N.L feels he is talented enough to make it to the list.

3. Fresh Kid UG.
The 8-year-old rapper according to GNL, is talented and has a great future ahead of him.

4. Recho Rey
Recho is the only female that makes it to G.N.L Zamba’s top because she is a masterpiece.

5. Big Tril.
GNL Zamba gave a shout out to Big Trill because he has one of the hottest songs in Africa, ‘Parte After Parte’.