Do you really know Joyce Blessing ? (Biographhy,Networth,Husband,Music Career and Awards) 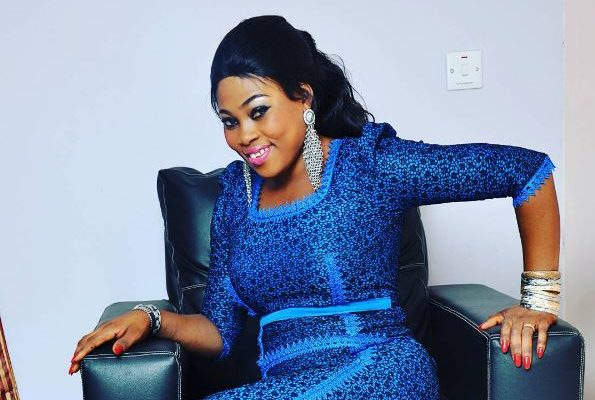 Joyce Blessing was born to Mr Christopher Kwabena Twene and Mrs Gladys Yaa Kyewaa on 15th May at Accra, Ghana.

Joyce is the fourth child of her parents. She grew up with other siblings who were all raised by their mother in Kumasi, the Ashanti Region of Ghana where she had her primary school and Junior High School education and later moved to stay with her father in Nigeria for few years.

Joyce Blessing started her music career at the tender age of 14. She began with singing in church. She later joined the gospel crew ‘See Them Band’ and actively fought the notion that Gospel artist shouldn’t be active on stage. She did gigs with the band for five years as well as being a back up vocalist to Evangelist Diana Asamoah, Jewel Ackah, Mary Ghansah, Ernest Opoku Jnr, Aseibu Amanfi and other musicians in Ghana.

She recorded her debut album "Obi Ntu Nyame Fo" in 2007. The album translates to "Nobody Advises God". She later recorded her second studio album ‘Heavy Price’ in 2013. ‘Monko Moakyi’ was a single off the album that shot her into the lime light. The album included other hits, such as Kantamanto Nyame, Blessed Be The Lord, and Nyame Aguamma. This was under the management of Media Excel Productions in collaboration with DaveJoy Productions. Blessing won six awards at the Ghana Gospel Industry Awards, organized by Adom FM.

In 2014 she released her third and fourth studio album ,Holy Ghost Worship Volumes 1 and 2 under the management of Media Excel and DaveJoy Productions.

In 2015 she left Media Excel Management and wholesomely joined her husbands label, DaveJoy Productions. She released her 5th Studio album “Agyebum” in April 2017. In 2019 she released her ‘Repent’ single.

As part of her gospel ministry, she has set up a charity foundation which donates to the deaf and blind, accident victims, and mentally challenged people in Ghanaian society.

Joy Blessing is currently married to Dave Joy and they have three children, namely : Blessing , Sikapa and Denali. 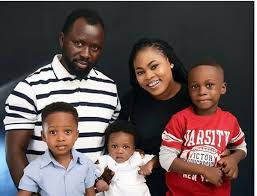 Family Photo of the Joy and Blessing family.

In 2014, she bagged album of the year for her ‘Heavy Price’ album at Vodafone Ghana Music Awards