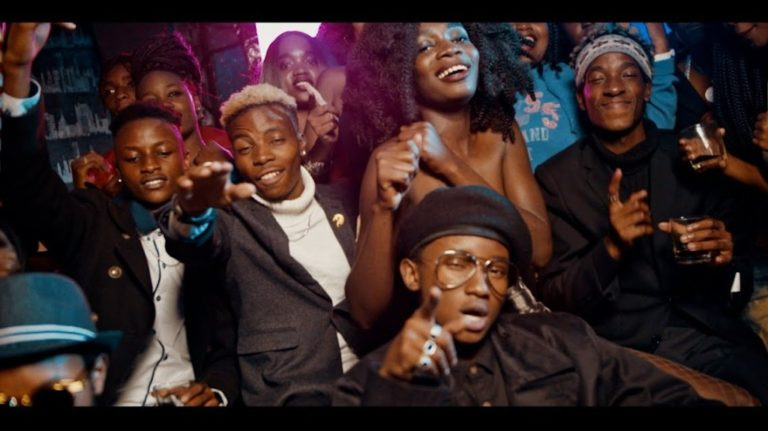 Ethic Entertainment has been at the epicenter of the gengetone uprising.

The Kenyan music scene has seen a rival of some sort with a new genre dubbed gengetone bring new acts such as Ethic Entertainment, Boondocks, Ochungulo Family and more to the fore. With a different type of beat, clever rhymes and vulgar videos, artists such as Ethic have taken everything up a notch. However, it seems that the direction might not be pleasing to all, especially those who do not relate to the content. And after having two of their releases, ‘Tarimbo’ and ‘Figa’ taken down from the video-sharing platform YouTube, Ethic is determined to find a way around the rules.

And now the group has dropped another release, with the same format as all their other tracks. The only difference is the visuals for the new drop ‘Maji Maji’ is a compilation of previously taken footage; stitched together to make a video that premiers on the Richy Haniel account. The video still has skimpily dressed women degrading themselves in obscene dances and of course, the same content centered around sex.

Taking to Twitter, the group announced that the video is finally out. This makes it the 7th release from Ethic this year, but the first to premier on Richy Haniel’s account and not Ethic’s official YouTube account. Since its release on November 15th, the track has only gained a disappointing 77K views. Its dismal performance has to lead the group pushing the new track on Twitter to increase viewership.