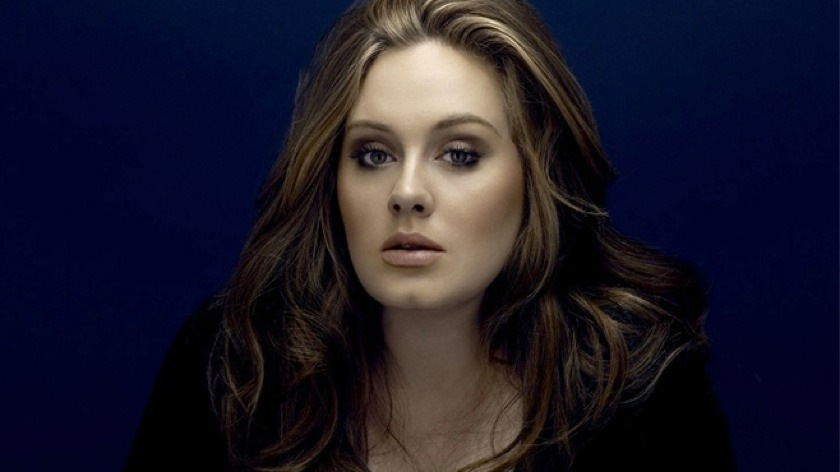 Brit singer Adele has made history yet again, topping the Billboard’s 200 Albums of the Decade list.

Adele’s sophomore album ’21’ topped the Billboard’s 200 Albums of the Decade as Kendrick Lamar’s ‘Damn’ rounded off the top 10 listings. Also in the top 10 is the ‘Frozen’ animation movie soundtrack, as well as Drake’s ‘Views’ which maintains at the ninth spot.

Adele’s ’21’ earned her several awards after its January 2011 release. She was feted with the Grammy Award for ‘Album of the Year’ and ‘Best Pop Vocal Album’ in 2012, as well as a Billboard Award for ‘Top Billboard 200 Album’.

According to Medium, Adele’s second body of work was critical to cementing her career as a soulful talent. “It had been two years since Adele had won her Grammy for the ‘Best New Artist’ after her debut release ’19‘. With iconic tracks like ‘Chasing Pavements’ and with her vintage aesthetic, she was quickly becoming a force to reckon with. However, she still had something to prove. She had to make her mark, and oh boy did she do.’

However, the listing is not without controversy as the top ten features Post Malone twice. The most shocking entry into the list is Post Malone’s ‘Beerbongs and Bentleys’ at number 5 and ‘Stoney’ at number 6. The New York-born rapper Austin Richard Post, known professionally as Post Malone has caused an upheaval online, for his high listing. Blending various sub-genres of rap in his music, Malone does little for the culture of rap compared to many more established acts such as Jay-Z, Kanye West, J.Cole, and T.I. Canadian rappers The Weeknd, and Drake enjoy better listing with the albums ‘Scorpion’, ‘Take Care’ ‘More Life’ by Drake ranking 25th, 45th, and 48th respectively while The Weeknd’s work ‘Beauty Behind the Madness’ ranking at 36th as ‘Starboy’ ranked at 39th. Female rapper Cardi B enjoyed relative success with her ‘Invasion of Privacy’ ranking at 38th, a testament to the power of the former stripper turned rapper Cardi.

Beyonce, Lil Wayne, Chris Brown, DJ Khaled as well as newcomers SZA, Dababy, and XXXTentacion were featured at the tail end of the listing. 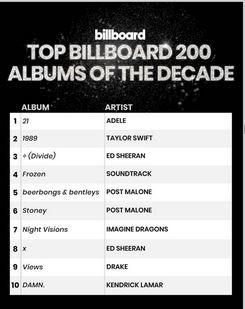