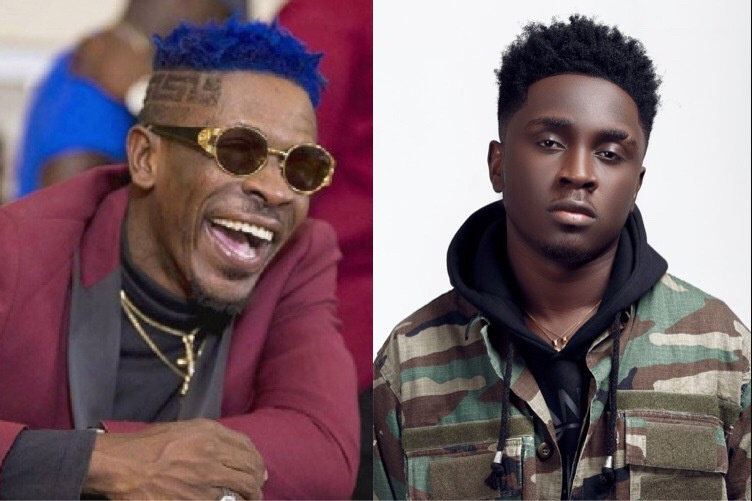 New Hip-Hop kid in the block, Kweku Smoke has released a video of himself and Shatta Wale together with their managements in the studio listening to his ‘On Dem’ song he is alleging Shatta Wale stole from him.

He did that in a 5 minutes video he shared on social media.

He said he can’t fathom why people will be defending Shatta Wale even when he is clearly doing the wrong thing.

To prove his critics wrong, Kweku Smoke shared their studio session video which had Shatta Wale listening and jamming on the ‘On Dem’ song.

In the video, Kweku is also seen in a critical condition with his arm and neck damaged.

He has promised to report Shatta Wale to the Police for a legal action to be taken against him for attacking him and his manager.