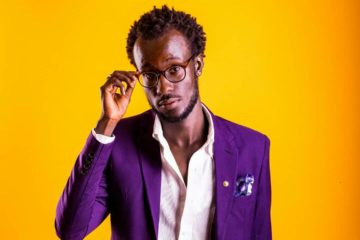 Kenyan Afro-centric singer Enoque Wambua teams up with the Afro Queen SERRO to release a new music video “Bado Nakupenda”. The soothing mellow tune captures the story of two lovers facing struggles in their relationship and through poetic lyrics, assure each other of their willingness to go through the struggles together in love.

Speaking on the release, Enoque says, “When I sent the first verse of this song to my producer – Modest, he mentioned it could use a different flavor and that’s how Serro came to mind. She really did bring her magic, giving the song so much color and vibe!” SERRO adds, “It was an amazing experience collaborating on this song, throughout the process, the energy was really amazing.”

The audio which rides on a catchy guitar melody was produced by Modest Chabari and co-produced by Mutoriah while the simplistic yet colorful and scenic video was shot of Gatehi Mwaniki (NMK Films).

Enoque Wambua is a Soulful Afro-Centric Singer, Songwriter, and Performer who believes in telling the African story with inspiration from the great musicians like Bob Marley, Jonathan Butler, Lokua Kanza, and Chronnix. Although active in the scene since 2014, Enoque took the solo career route after a successful stint with Lots Of Love Band in 2017 with the release of “Twende Twende” and subsequently and album ‘Thoughts of My Heart’.

Born Hulda Adhiambo Serro, SERRO has continuously built an appellation for herself as one of Kenya’s top live performers, since her days in Sauti Academy. SERRO is out to tell the African story through her trademark Benga and Jazz meshed Afro-soul sonics laced with traditional Kenyan folk instrumentation. She recently caught the attention with the release of her viral single “Kasyoki Wa Mitumba”. SERRO’s set to release her debut album ‘Kuwe’ later this year