Ethic Reacts After ‘Tarimbo’ is Taken Down From YouTube 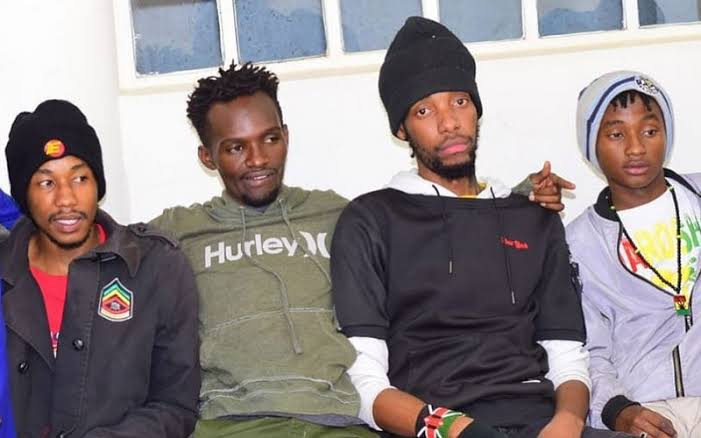 Ethic’s latest hit Tarimbo has been taken down from YouTube.

The song was taken down from the platform after KFCB CEO Ezekiel Mutua wrote to Google requesting for ‘Tarimbo’ to be pulled down, over claims that it was advocating for violence against women.

“I have spoken to Google to take down the damn crap called Tarimbo by Ethic Entertainment which advocates for rape of women. Promoting violence against women is criminal and the DCI should arrest the entire bunch of musicians called Ethic, under Article 33, for going beyond the prescribed delimitations on freedom of expression by advocating for violence against women” Mutua’s statement read in part.

In a tweet after the song was taken down, Ethic promised to come back stronger.

“Tarimbo has been taken down from YouTube. To our loyal fans we keep moving .Expect some fire projects soon," Ethic tweeted.

Last week, Ethic issued an apology over the song, stating that it was not meant to undermine women in any way.

“As Ethic Entertainment, we are truly remorseful for any dolor caused by the lyrics to our single, and for every single person that was triggered to a displeasing memory or emotion by it, receive our sincere apologies. Rest assured that no disrespect was intended,” Ethic’s apoology read in part.