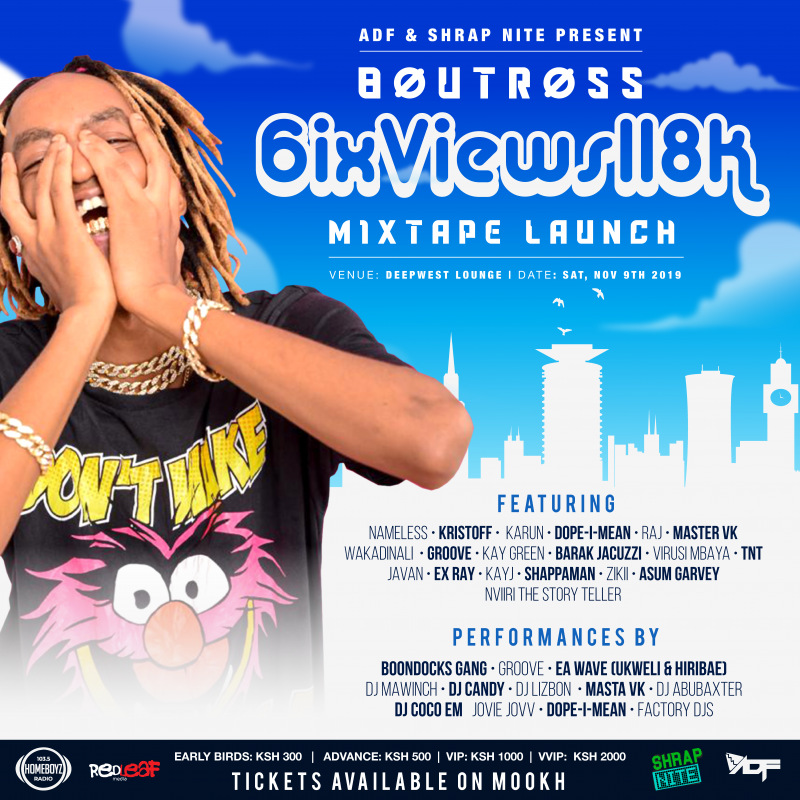 Ahead of the concert, Boutross says, “I am bringing together my friends in music and some of your favorite Kenyan artists who I have also collaborated with on the mixtape for the event. I can’t wait to see all my fans at the launch, we have prepared a musical performance like no other.” On the mixtape, he adds, “This project is special to me and am excited to drop it after working on it for two years now. Hope you all love it. Shrap to the world!”

Boutross is one of the pioneers of the Shrap sound in Kenya – a fusion of Sheng’, rap and popular music. In 2018, he was among the 100 artists and top 10 selected on Mr. Eazi’s Empawa Artists program. Under the project, he released the hit single “Wrong”. As he prepares to release the new project, he has been on a campus activation tour over the past few weeks which has seen him perform at Riara University, JKUAT Karen, Catholic University and Daystar University. Currently, he is also working on a new EP which will feature collaborations with artists from across the continent.