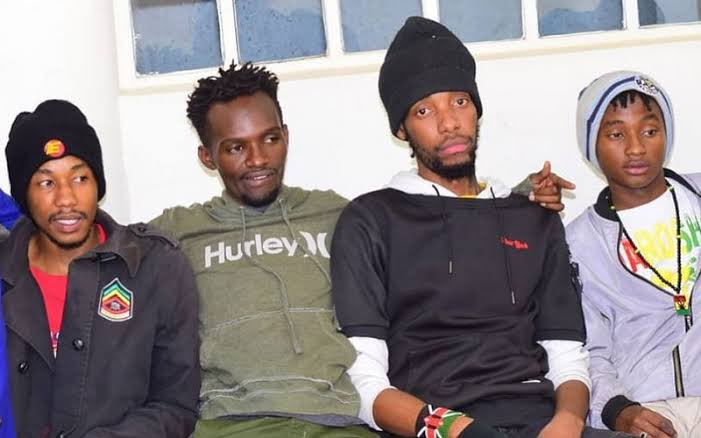 Over the weekend, KFCB Chief Executive Officer Ezekiel Mutua condemned the group for releasing the song, adding that he has written to Google to pull it down from the internet.

He said members of the group should be arrested for producing a song that advocates for violence and rape of women.

“I have spoken to Google to take down the damn crap called Tarimbo by Ethic Entertainment which advocates for rape of women. Promoting violence against women is criminal and the DCI should arrest the entire bunch of musicians called Ethic, under Article 33, for going beyond the prescribed delimitations on freedom of expression by advocating for violence against women” Mutua’s statement read in part.

Following the reactions, the group took to Twitter and rendered their apology to all affected parties.

It has come to our attention that our latest single ‘Tarimbo’ has stirred up mixed reactions and elicited various negative interpretations from different quarters. As recording artists, it is our sole duty to entertain our fans and NOT deploy our content to propagate hate against any person, most importantly women.

As artists, we are sons to our mothers, brothers to our sisters, uncles to our nieces and friends to our female friends and fans, and it is not in any way our intention to publicize violence or rape against these highly revered individuals in in our community.

As Ethic Entertainment, we are truly remorseful for any dolor caused by the lyrics to our single, and for every single person that was triggered to a displeasing memory or emotion by it, receive our sincere apologies. Rest assured that no disrespect was intended.