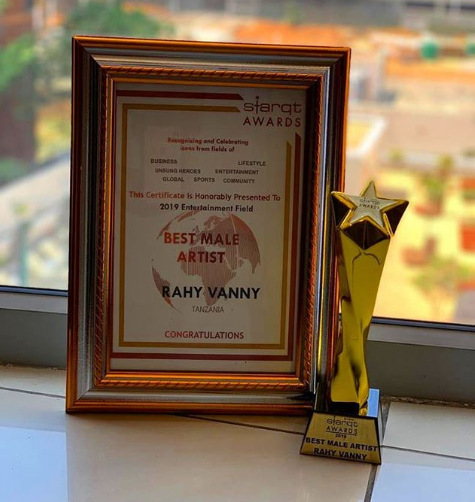 2019 was a good year for Rayvanny, as he released one hit after the other, with most of his songs managing over one million views on YouTube.

Shortly after being announced the winner at the award ceremony that was held in South Africa, Vanny Bot took to Instagram to appreciate his fans for the support.

“#BESTMALE2019 FROM SOUTH AFRICA. #RAHYVANNY  Typing error but it's fine Big Thanks to My love fans Worldwide @starqtawards ANOTHER ONE,” he posted.